That Apple CarKeys, or in BMW parlance Digital Key for The iPhone, demo at the Cupertino company’s first pre-recorded Worldwide Developer Conference (WWDC) keynote was impressive. But what if I told you that the reality will be even better when that tech eventually makes it to South Africa? How so? Because the NFC Forum only released the new specification for near-field communication (NFC) a month before the June 2020 announcement and BMW couldn’t jump through the certification hoops and clear the technology integration hurdles in time.

The new specification allows the two companies to harness the power of Apple’s U1 ultra-wideband (UWB) chip that it unveiled in 2019’s iPhone 11 family of devices. UWB works over larger distances that the 10-or-so millimetres the woman in the demo needed to bring her iPhone in range of the door. So, you would theoretically only need the phone in your pocket to unlock and start the car. I say theoretically because the handshake between your iPhone and the car is authenticated by Face ID of Touch ID on all new iPhones since the XR – yes that includes the 2020 iPhone SE which has just become an even better deal for R10 000 – so you still need to unlock your phone. It is important for the system to work that way because it means someone can’t steal your phone and your car at the same time. 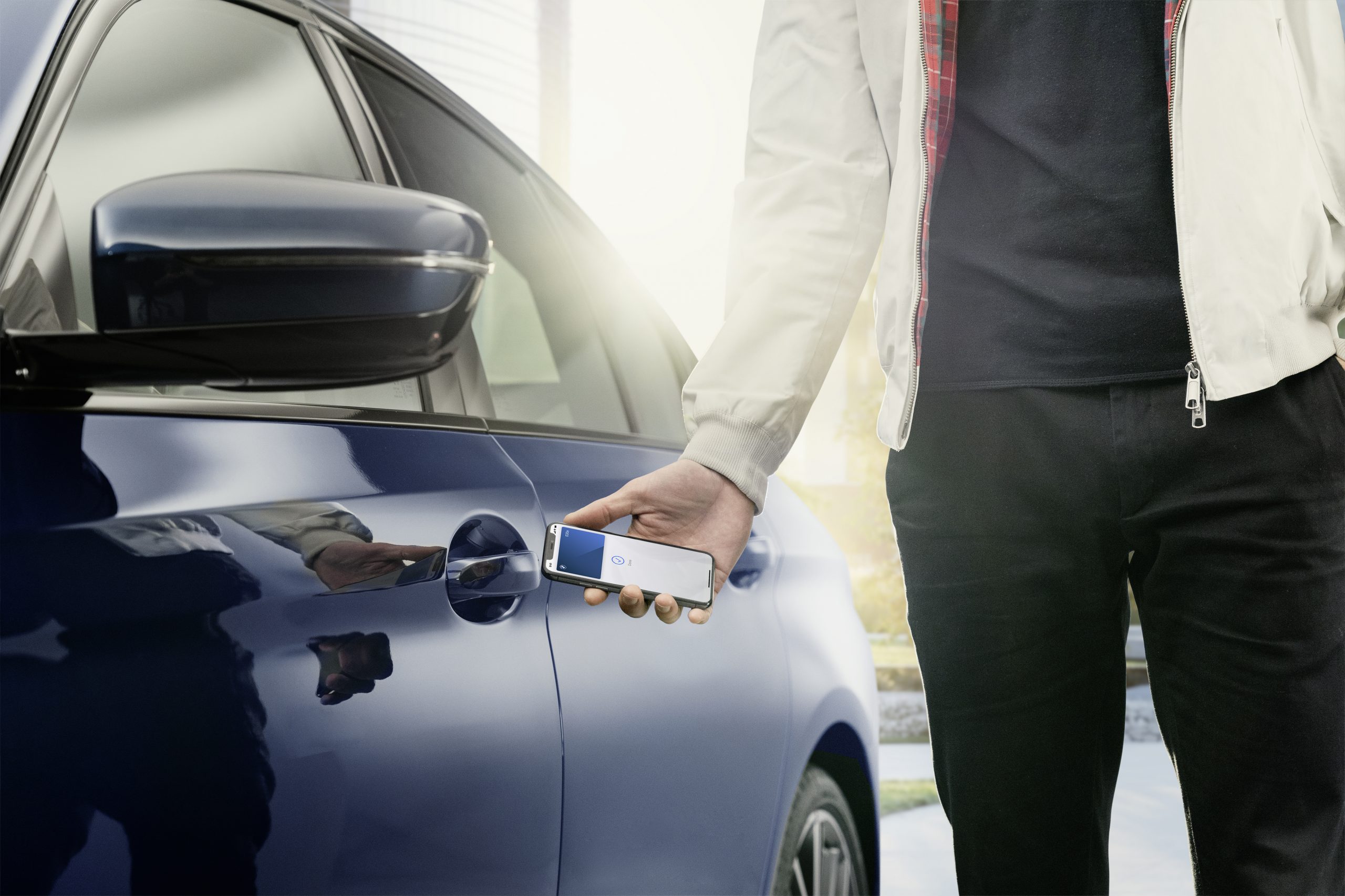 You can use your Apple Watch Series 5 to unlock with NFC from when the tech is launched, but now is not the time to detour into the intricacies of Apple’s clever chain of trust between the Watch and iPhone. While it is easy to dismiss this deal BMW trying to get closer to iPhone owners or vice versa, but that technology is available for any car or device manufacturer to access. All you need to is pay the licensing fees and integrate the technologies. Apple have taken the care to consider what its customers would want in the future and made it easy for third-party developers to integrate that functionality into their software.

Did you ever wonder why our banking apps took so long to get fingerprint authentication for Android phones? Because the Android market is too fragmented and each individual phonemaker has its own encryption and authentication technology. Apple only makes a handful of iPhones and controls the hardware as well as the software. BMW can be accused of being elitist because this is the same company that was charging extra for customers to use Apple CarPlay in 2018. The Bavarian automaker is definitely trying to align its marketing message with the aspirations of the iPhone faithful and more power to them for drawing that consumer-fleecing line in the sand. 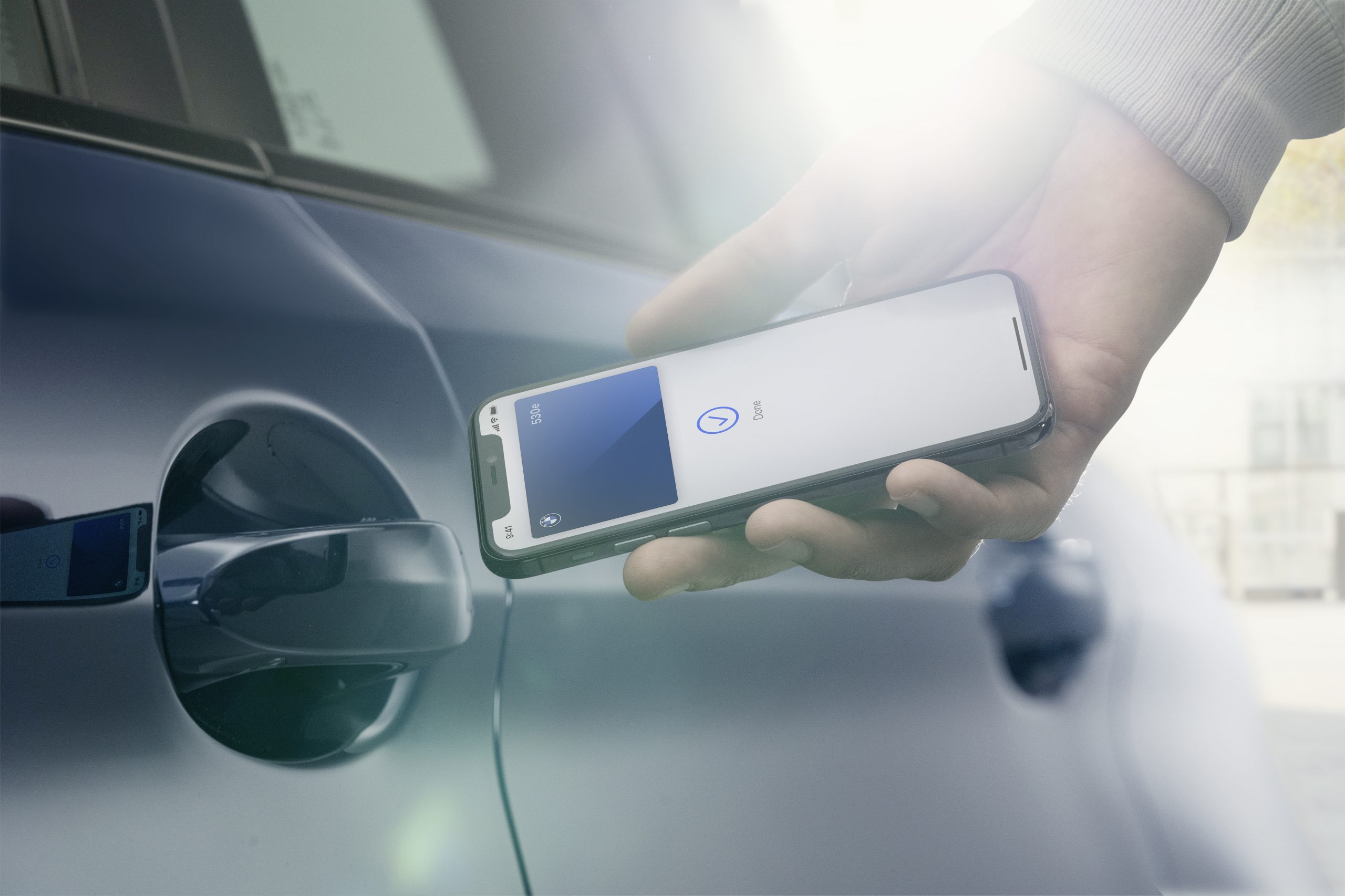 That said, I first experienced wireless CarPlay in the BMW M5 a couple years ago and from then on it bugged me when companies would equip wireless charging pads without wireless connectivity to Android Auto and Apple CarPlay. BMW will integrate Digital Key For The iPhone in 45 countries for selected new models of its full range of cars built from 1 July 2020. That’s quite an undertaking. At least BMW is on record admitting that its in-car infotainment system is enhanced by the iPhone’s overlay and is investing in integrating that experience more deeply into its cars instead of trying to build its own hi-tech gimmicks from scratch. These technologies are available to everyone, but some companies refuse to take the step and you need to ask yourself why before passing judgement on those who do.