They say absolute power corrupts. Well, that’s why the mad scientists at AMG have divided the might of this very special Gelandewagen by four wheels, from its eight cylinders and two turbos. Damn.

What is it?
Meet the G63 AMG, yours for a somewhat mental R3mil and change – so hardly a bargain. For your investment, you get a box-shaped tank, powered by the finest Bi-Turbo 4 litre V8 from Affalterbach, home of AMG. With it, a wall of torque – 850Nm specifically, and a mega 430kW of rampant power. And what that means dear reader, is that this blunder bus will blast from zero to one hundred in just 4.5 seconds. That used to be supercar performance once upon a time. Today, that will challenge a super saloon. Gear changes are handled by the AMG 9G SPEEDSHIFT transmission which has the tough task of dividing that power to the four wheels. 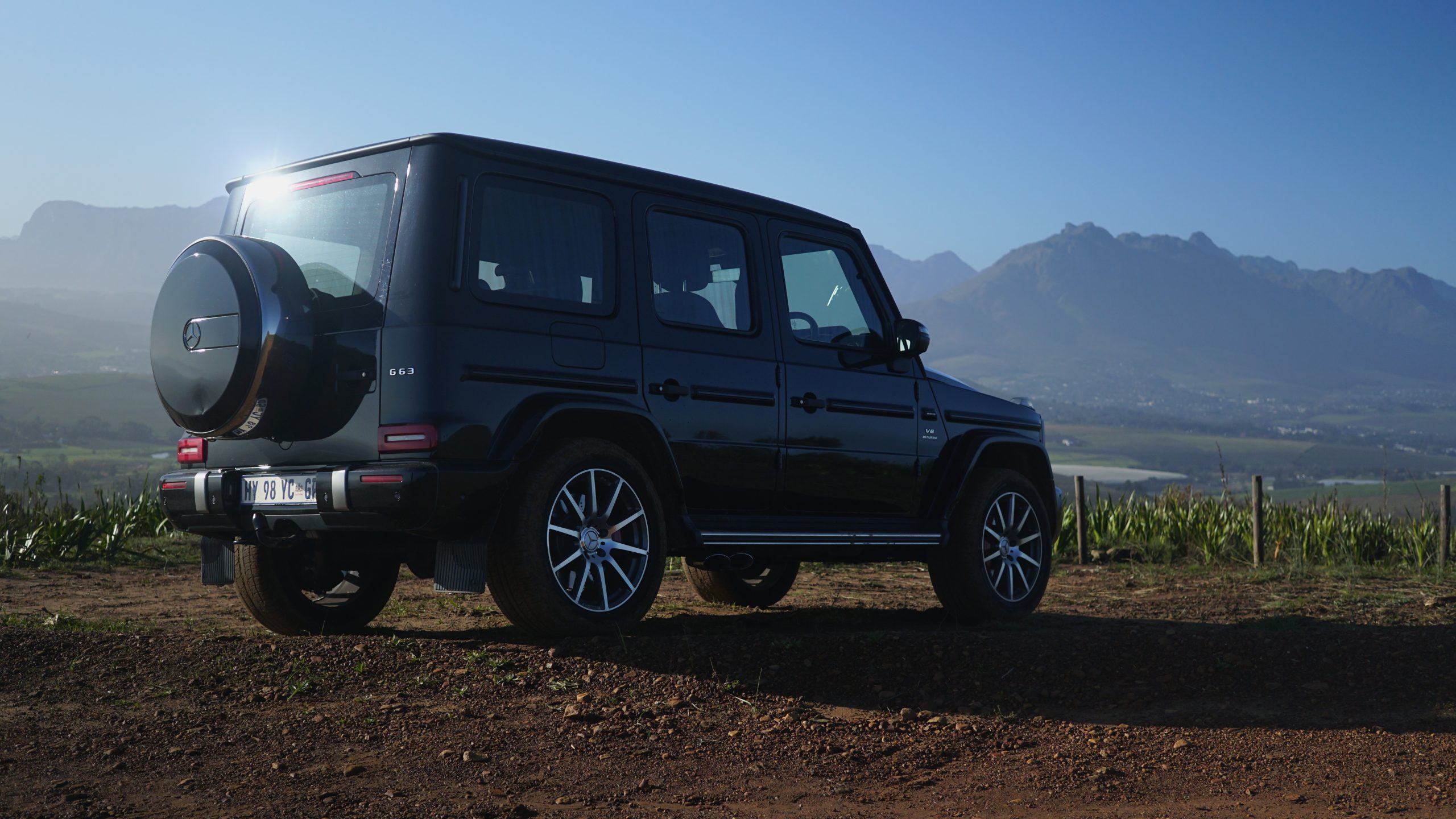 How does it go?
It does this with the help of the Gelandewagen’s big electronic brain. It’s these electronics, okay, and the laws of physics if we’re honest, that limit it to a top speed of 220 km/h. But you can raise that to 240 km/h with the optional AMG Driver’s Package – which our car has. But what the numbers don’t reveal is the noise that goes along with it. Oh dear heavens, the glorious, glorious noise. We’ll get to that later. But that’s not to say there isn’t a ton to talk about in terms of visuals. Just look at it, an obsidian panzer, slab-like and geometric – you couldn’t accuse its styling of being retro – rather it’s a genuinely old design. One that’s been given contemporary updates and accoutrements culminating now in what is a ‘bite the back of your hand’ desirable truck. I really want one. In black. But then, everyone does.

What about living with it?
Hop aboard, well, climb in any case, it’s fairly high up in the air. Do so and you’ll encounter once again a luxurious cabin despite hardpoints from four decades ago. It’s even been lavishly appointed and updated as per the current range of Benzes. It’s quite amazing if I’m honest, with sumptuous leather and tactile surfaces – a sensory treat all round. Of course, this is a modern Mercedes-Benz at the end of the day, so expect rafts of modern conveniences, and multimedia and smartphone connectivity options as well. As does safety tech, both passive and very active. Behind the leathery helm, you’ll find paddle shifters to tickle, whilst to your left palm you’ll encounter the toggles for dynamic driving and also, and this is my favourite, the switch that takes an already meaty engine note, and douses it with napalm. The result is nothing short of artillery fire and let me make a bold claim. This is the only noise you’ll miss once the electric cars have taken over. So excuse me while I enjoy the privilege while we still have it. Wait no, don’t excuse me. Join me. 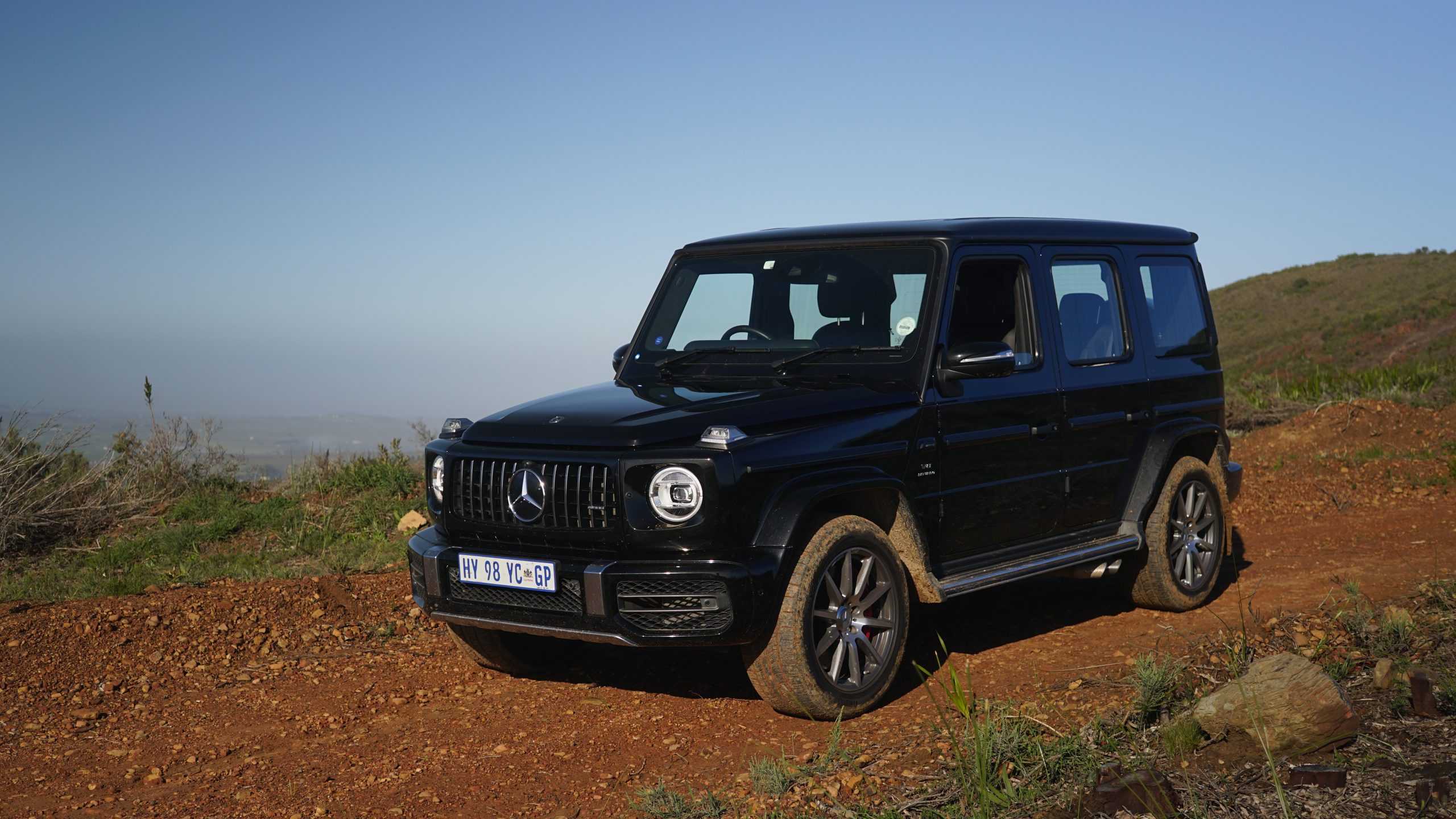 But is it a 4×4?
Yes. Can it do 4×4 things? Sure. So why am I also driving it on pristinely paved asphalt? Because it’s here that we can really enjoy all that power I mentioned earlier. It’s here that the massive alloy hoops feel most comfortable. Or maybe, where I feel less likely to scratch one of those beautiful wheels. However you cut it, on this road, making all of this noise – I just don’t think I’ve been happier. I don’t. The steering wheel is heavy but full of feedback, weighty but accurate, my forearms loaded with tension and information. This allows me to stay on the gas and point that long black bonnet from apex to apex, commanding such great reserves of grunt with ease. In this dynamic mode, the chassis feels more than capable of keeping up with the turbocharged drivetrain and that’s astonishing for something taller than it’s wide. I could do this all day, except I’ve just looked at the fuel gauge and well, I just couldn’t afford the petrol.

A shaky verdict
I know. Look. I just know, this isn’t the right car in 2020. It’s just not politically correct. It’s a planet killer, fuel incinerator, ground shaker – frankly it’s inappropriate. It makes too much (delicious) noise – the kind that climbs up your spine, tickles the hair on the back of your neck and makes you close your eyes in bliss. The force that hits you in the back when you flatten the throttle is euphoric and its driving ability is far greater than you’d expect. Then there’s the ridiculous sticker price. And yet, for all its quirks, I just couldn’t care less. I could probably NEVER afford one and I don’t know many folks who can, but I sleep better at night knowing that machines like this still exist. That they’re out there on the prowl. 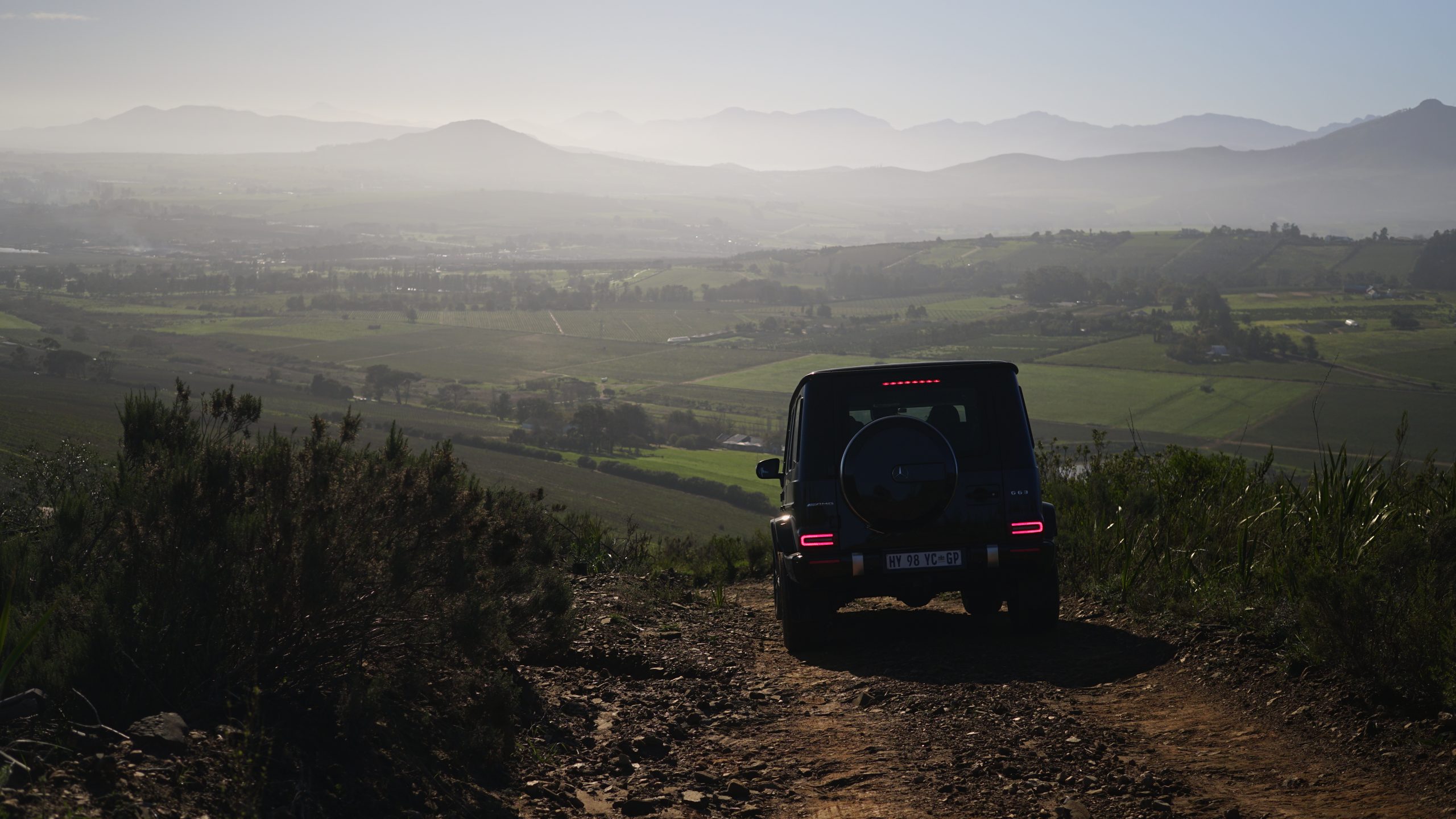