Mama Mia! Where did that come from? The short answer is Italy, by way of Maranello. See, this Alfa-Romeo SUV has a V6 heart flavoured by Ferrari themselves, a bi-turbo lump to the tune of 375kW and 600Nm. I miss it already. 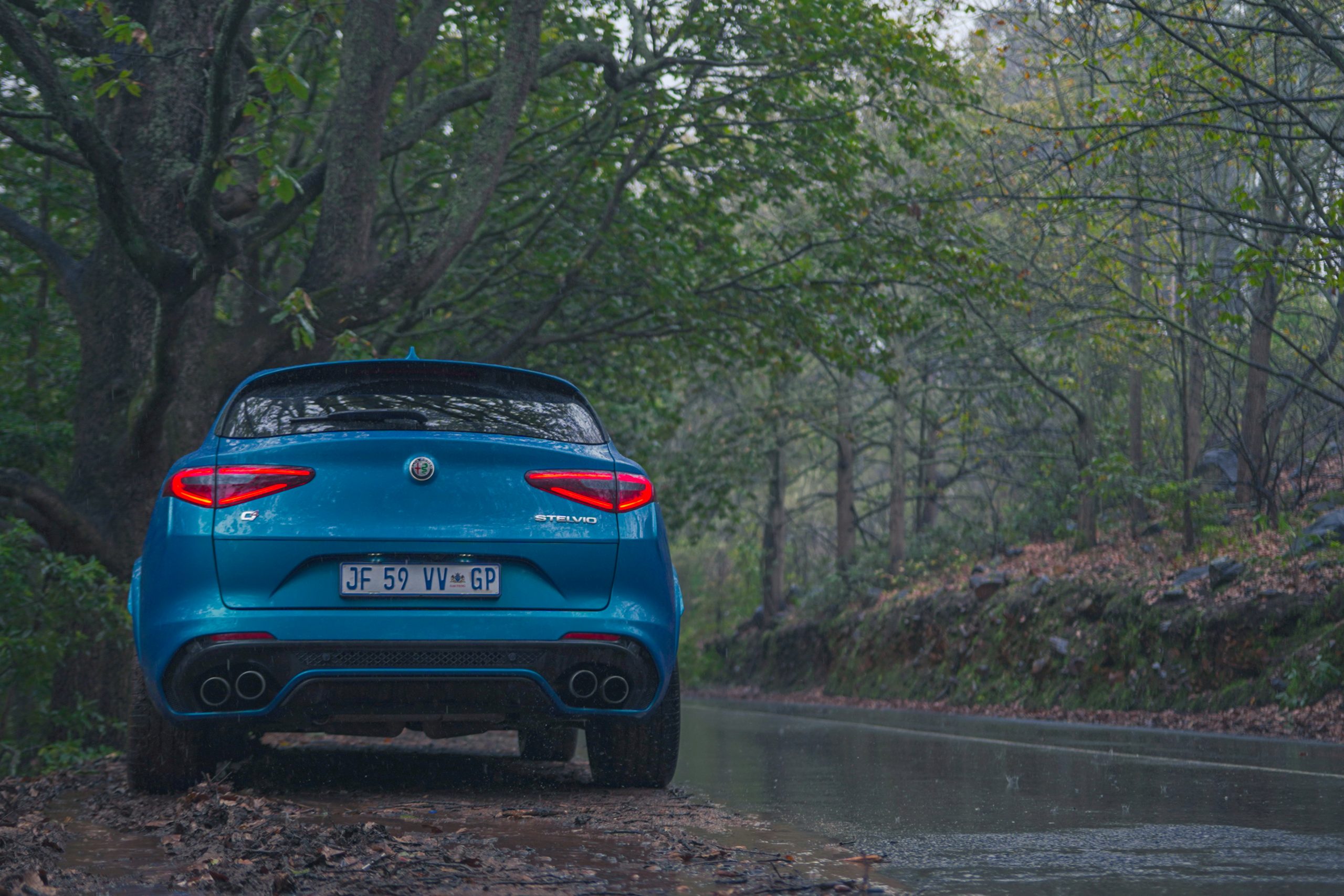 What is it?
Meet the esteemed Alfa Romeo Stelvio Q. Where Q is for quick. And four is how many leaves it has on its clover. As in Q4 Quadrifoglio because man, you’re lucky if you get your hands on one. I did thankfully. 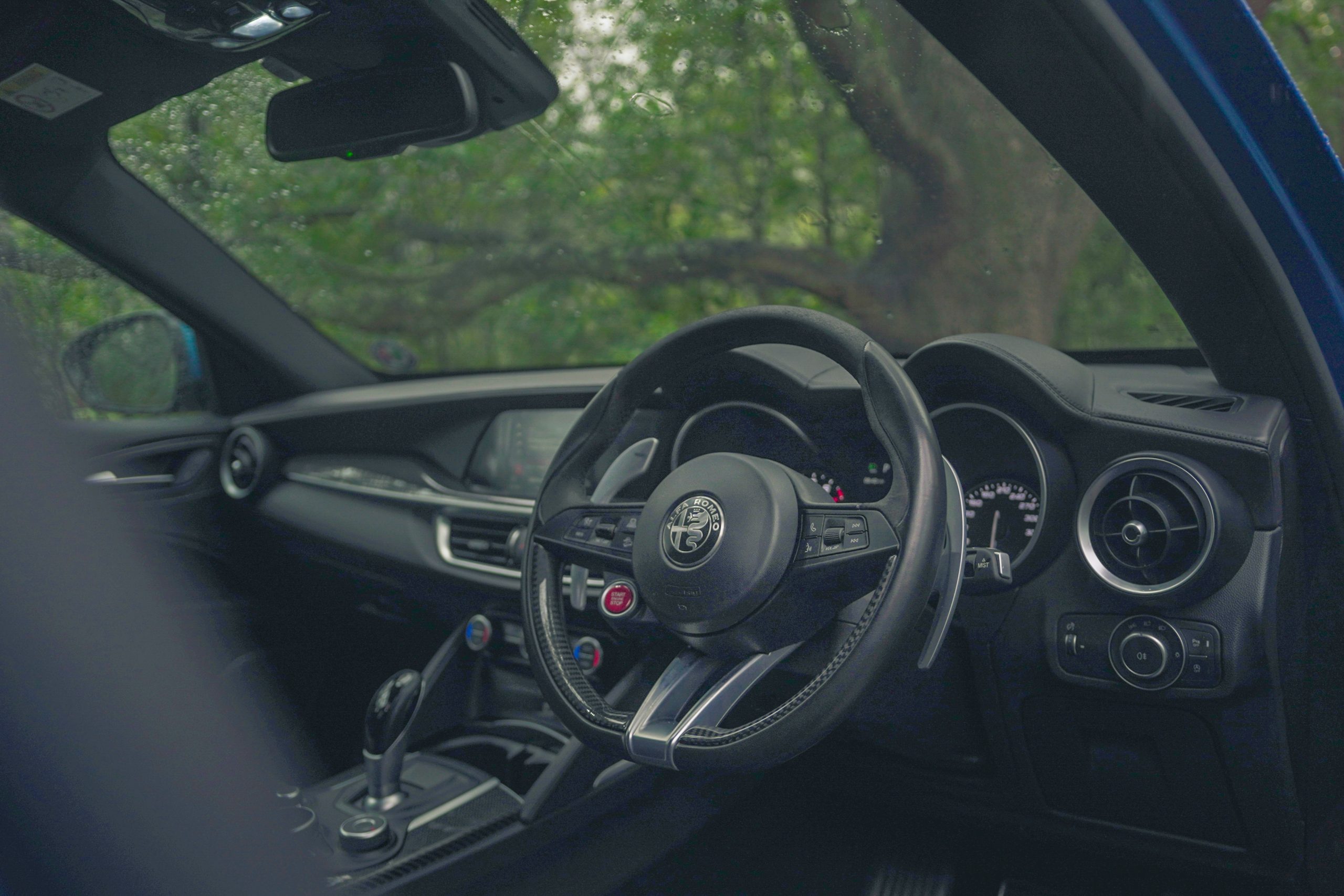 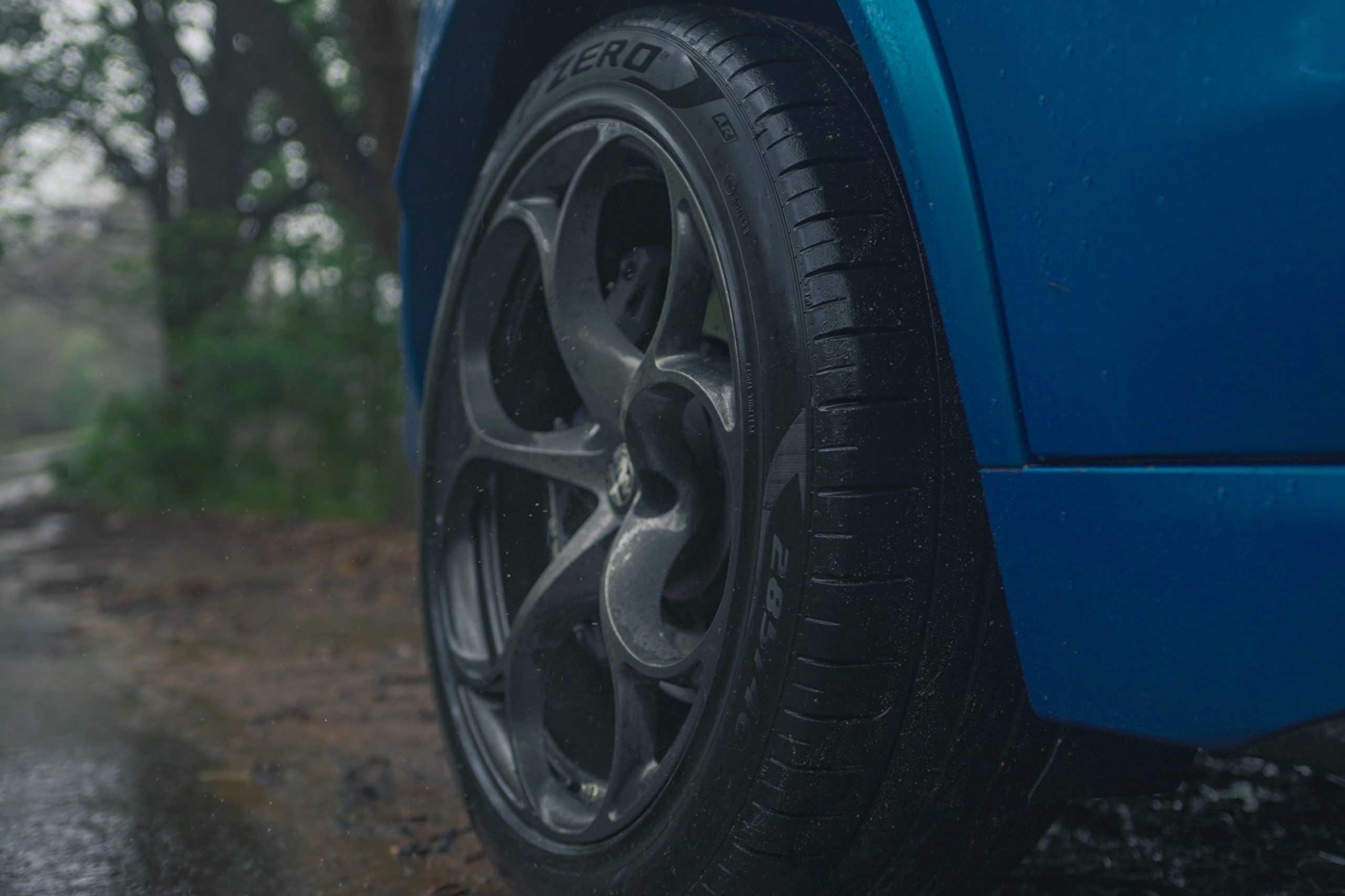 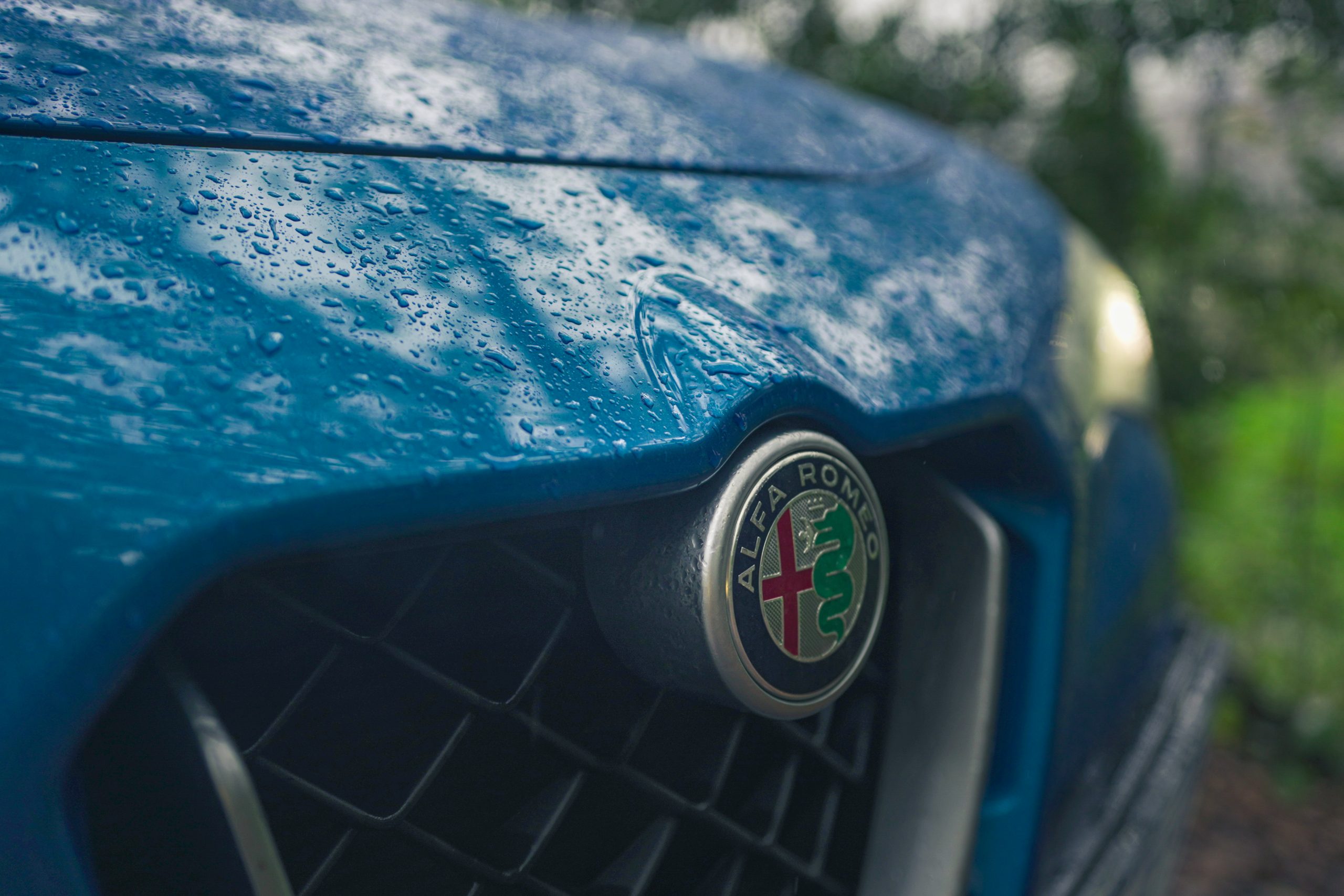 How does it look?
Sadly my test car didn’t arrive in mandatory red, rather this somewhat subdued Montecarlo blue. The payoff is less shouty but certainly more classy. And overall, apart from rather large telephone dial hoops for wheels and slotted bonnet vents, you wouldn’t guess at the reserves of power and torque that lives under its blue bonnet.

What about living with it?
Slip into its cabin and its more of the same – nothing save for a shiny red Start button as a clue into its pedigree. That’s not to say it doesn’t feel special. It does. It does feel very special indeed thanks to smatterings of carbon fibre, leather and Alcantara – the tinsel of modern motorsport. Modcons and toys are aplenty with your multimedia cravings well met. But its that aforementioned start button, those ally paddle shifters and DNA (driving mode) toggles that have my attention. Because unlike it’s terrifying American cousin, the Jeep Trackhawk we recently tested, the Stelvio is a performance SUV we can happily play with in the rain. So I do.

How does it go?
I’ve redlined her at every swap of the cog in N (for natural mode) on my spirited trip to Jonkers. Once shifted into D for dynamic however, that is when the Stelvio Q4 demands respect, a restrained hand and measured foot. The exhaust sings, it’s forcefully-aspirated aluminium monobloc heart pumps and the fortunate occupant of the driver’s pew can begin conducting a mechanical symphony. In R for Race, the 8-speed automatic transmission that will shift in a mere 150 milliseconds. It feels light in the hand, wonderful since the road on route winds and ducks, dives and turns just the way you want it to. Q4 is technically the name of its traction system and it’s working a treat here in combination with the Alfa Link Active Suspension. In two words, confidence inspiring. But what does the A stand for? Simple, advanced efficiency – a mode in which the raging beast becomes a pup. But we won’t be spending time there today.

Should you buy one?
Well look, I think so yes. There are so many quick SUVs on the market now from the houses of M Division, AMG and RS. There’s the aforementioned Jeep and raise your gaze and you’ll find Lamborghinis and Bentleys too. The Alfa leans on its Ferrari relations and gives us something that goes beyond impressive outputs and delivers something that feels tack-sharp when it needs to be, and special throughout. It feels wieldly where others feel wild. And if that sort of thing matters to you, know that it conquered the Nurburgring in 7.51min. With all of that in mind, does its sticker price of R1,7mil concern you? 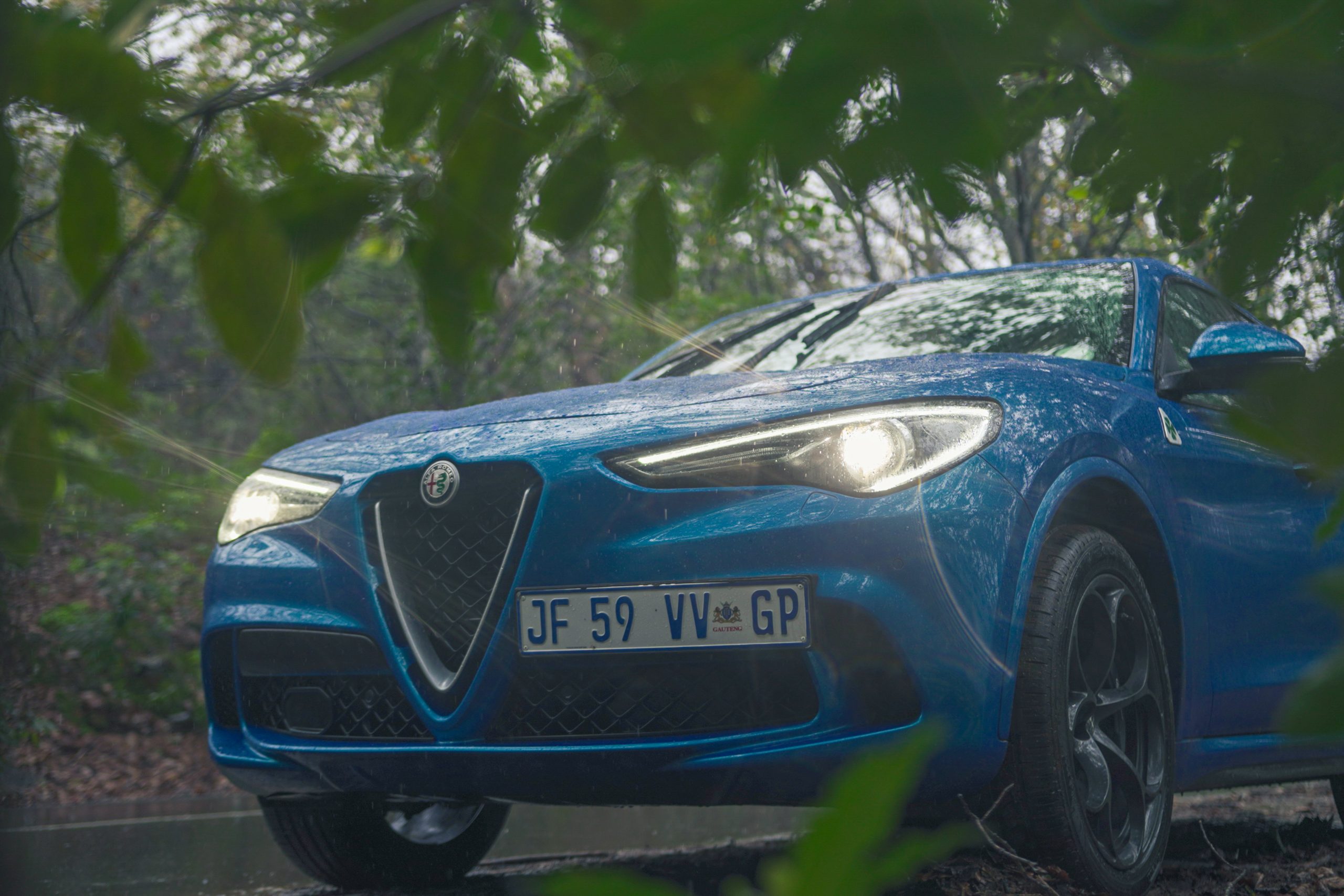 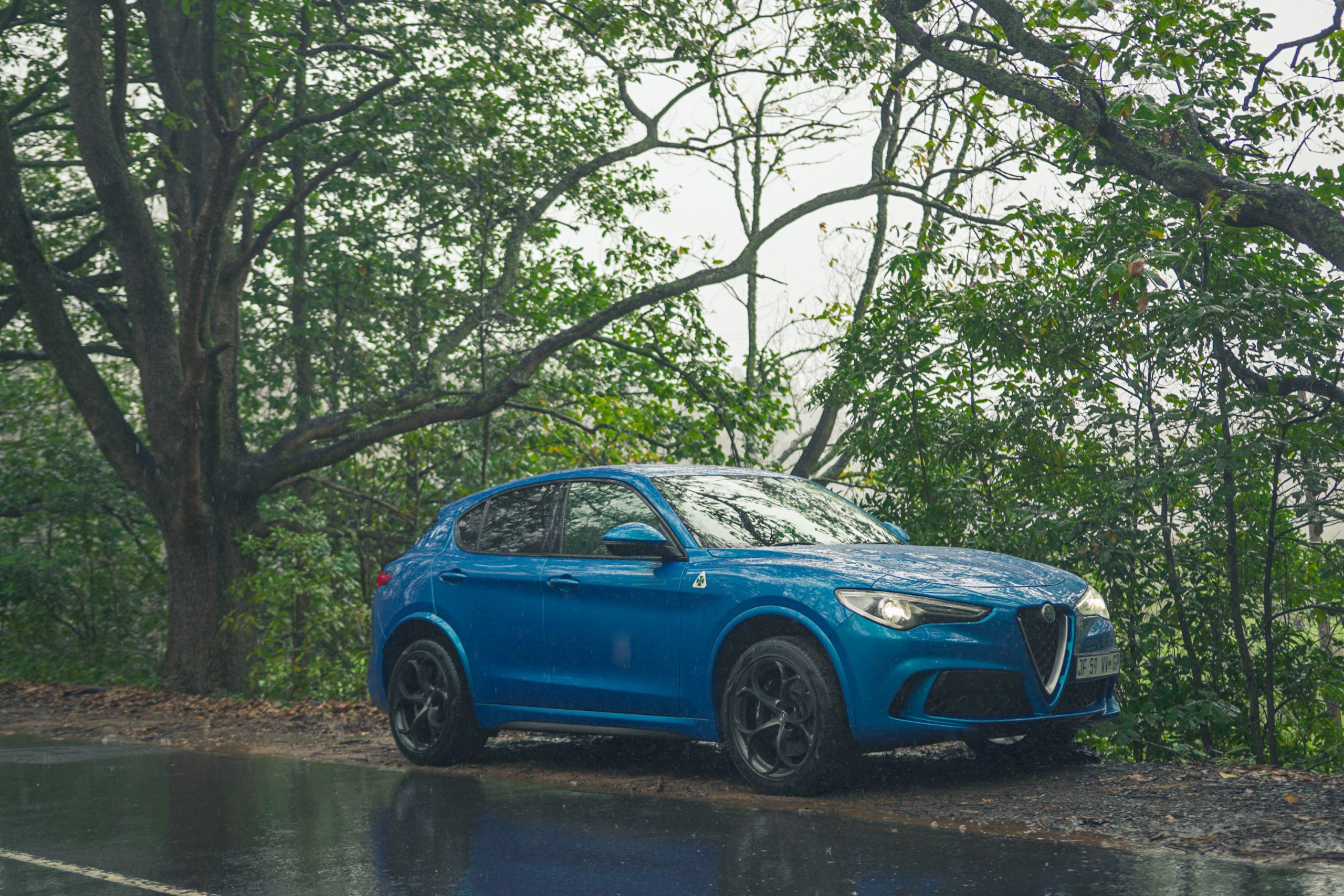