This is a 2.2 million rand Jeep. With the performance of a Nissan GT-R. Let’s talk about that. 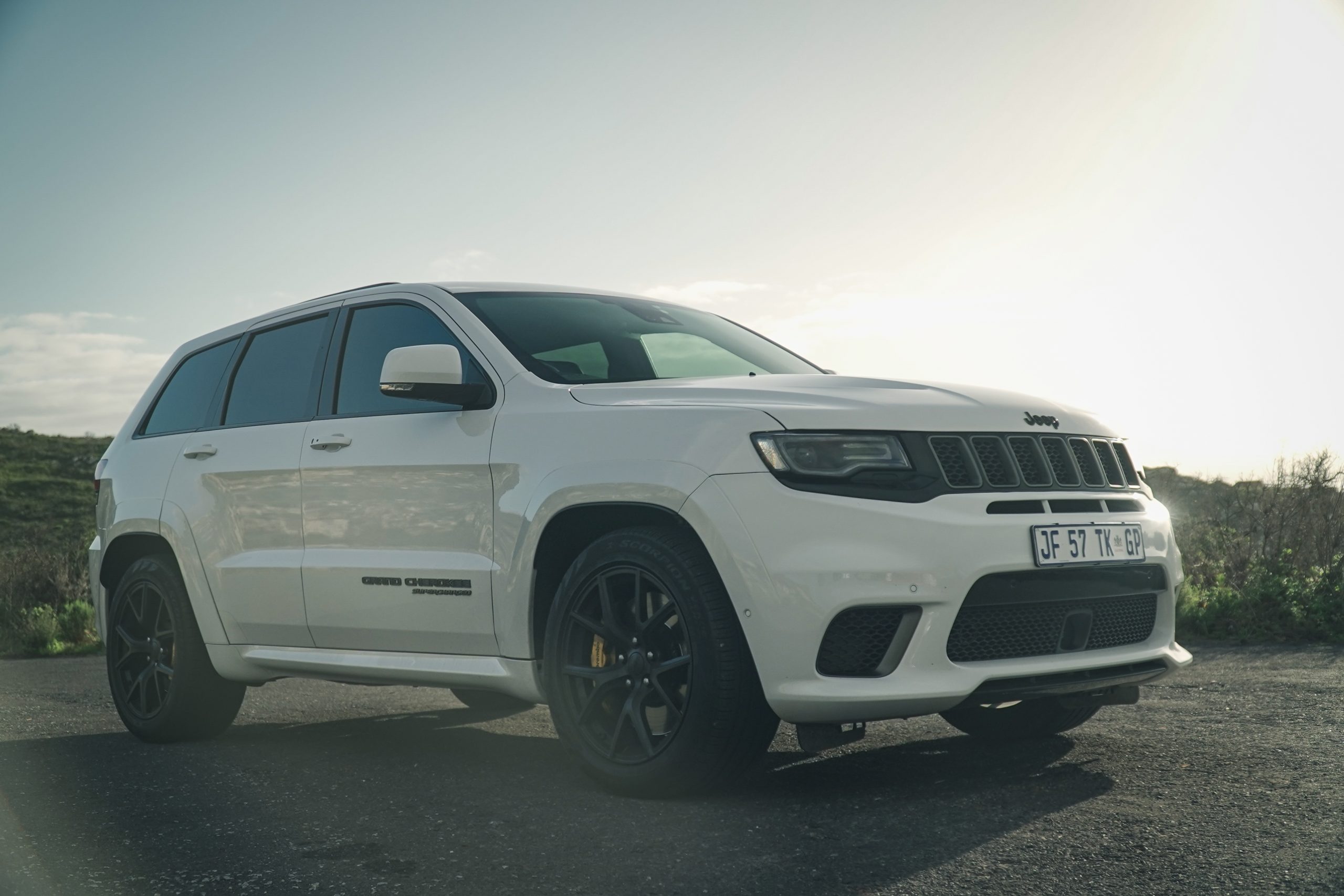 But what the hell is it?
For the price of a decent house in the burbs, you get a supercharged 6.2 litre hemi V8 engine under a straining white bonnet. Here, everything strains and bulges – because in terms of presence, the Trackhawk has an infinite amount. And when it comes to visuals, its nothing short of a hand-grenade wrapped up in a velvet straitjacket. The gratuitous display of power doesn’t stop there, you also get a special racecar-like cabin, massive bananas – I mean yellow Brembo stoppers behind each massive 20-inch wheel and the sorts of telemetry, gauges and data monitors that would make a Nissan GT-R feel inadequate. Delve into the menus and you’ll encounter the Selec-Trac™ system giving you a choice between five dynamic drive modes: Auto, Sport, Track, Snow and Tow. Each mode adapts in the best possible way to control suspension, torque distribution, shift schedule, stability control and engine mapping. Within these menus, you’ll also encounter Launch Control – just in case you’ve forgotten the very point of the Trackhawk. More marks of distinction include carbon fibre inlays, Trackhawk badges all over the place including but not limited to the seats and steering wheel. 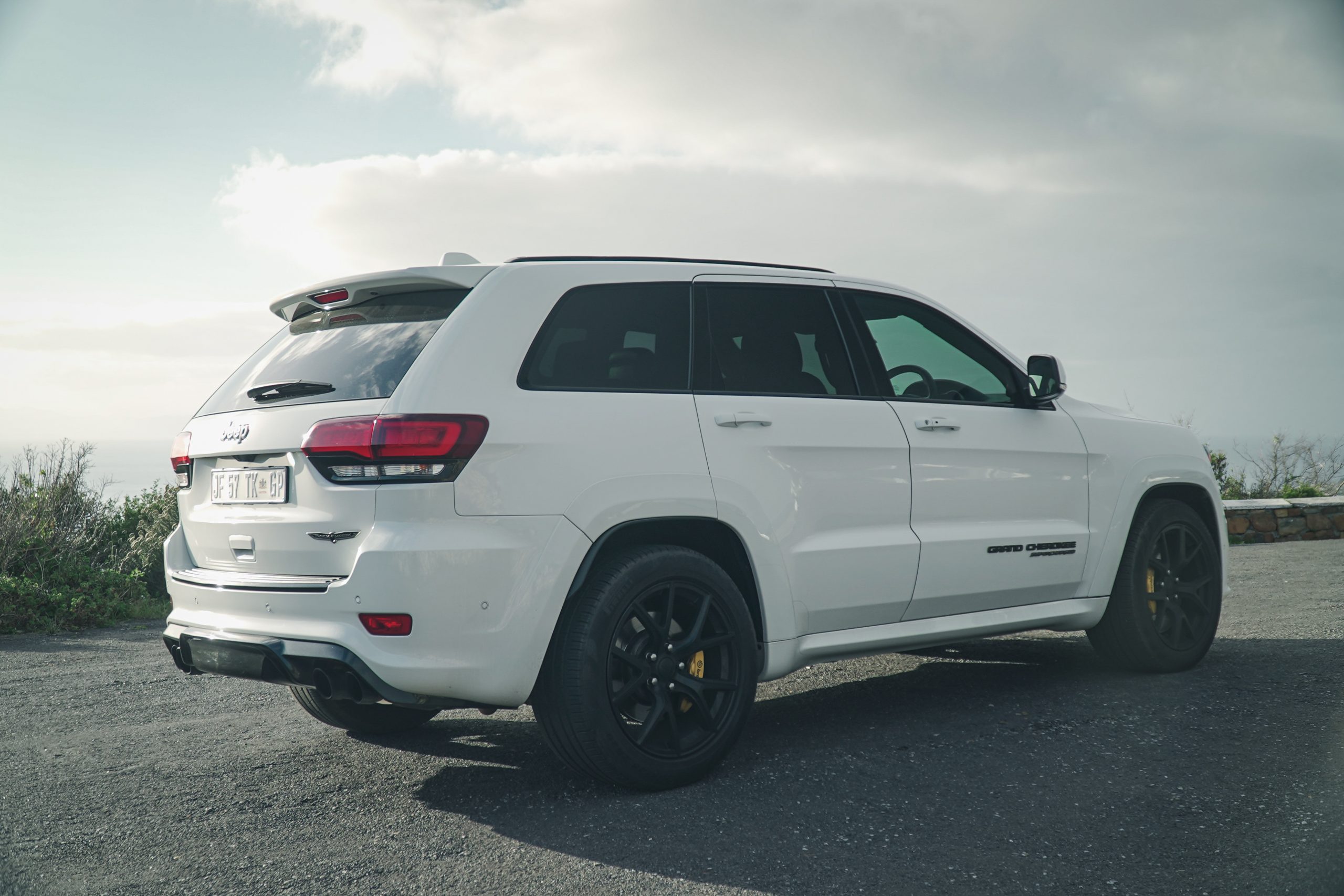 What’s it like to live with?
Overall the cabin, like the exterior, is large and in charge, but you’re not here for the long list of comfort and safety equipment – of which there’s plenty, nor are you waiting to hear about its extensive collection of multimedia and smartphone connectivity options – and there are so, so many. You’re here to find out what happens when I shift it into Sport mode. Which I shall do… now. The Trackhawk is still a Grand Cherokee, in other words a bulking huge SUV. To get its 2.5-ton body to feel athletic, a lot of effort was made.

Let’s start at the front
Specifically where the supercharged Hemi lives, good for a whopping 522kW and 875Nm. That’s even more mighty than the G63 Gelandewagen we recently drove. Similarly its performance is far greater with a supercar-baiting 3.7 seconds from 0-100kph. It will eventually top out at 290kph in case you were wondering. Lucky then that it comes with a 93.5-litre petrol tank which I’m still confident I could drain in a day. All that glorious power and might are divvied up between all four wheels of course – but not before passing through Chrysler’s brilliant 8-speed automatic transmission – smooth when you want it to be, violent when it decides it needs to be. And then there’s the noise!

But how does it go?
We’ve driven boisterous, burbly V8s before, we’ve driven snarling turbocharged ones too, but this gets its extra power from a supercharger. And those have their own, eerie, whooshy undertone, and when paired to the drum and bassline of a V produce a distinct howl you don’t find often. Here, that noise means something. It means I’m driving something very, very special – and at a physics-defying rate. I’m not joking when I say, I think I’m in love. You’d never guess this was a lumbering SUV – but that’s because the engine tells only half the story. The suspension and electronic brains responsible for making it go around corners are working double time. The result? Excellent feedback from the steering and the sort of handling you’d expect well below 2 tonnes.

Verdict
This is perhaps Jeep’s most mental creation yet. A brash American take on a luxury super-SUV. Yes, it’s not quite a Lamborghini Urus or Bentley Bentayga in badge equity, but in sheer performance believe me when I say that the Trackhawk can walk the walk. In fact, it can dance with the best of them. There’s untold performance here but then there’s also an extensive list of luxury items I skimped over earlier such as Android Auto and Apple CarPlay via an 8.4-inch touchscreen, there’s Blind-Spot Monitoring, Park Assist and climate control, plus there’s more leather inside the Trackhawk than you’ll find on a farm. Bonus, it will tow 3 tonnes quite happily all day long. And while I get the appeal of a very large, infinitely powerful brute with vast levels of kerb appeal – if I’m honest, the Trackhawk is too much for a mere mortal like me. Even if I could afford one, I wouldn’t have enough money left for the diaper bill that goes with it. 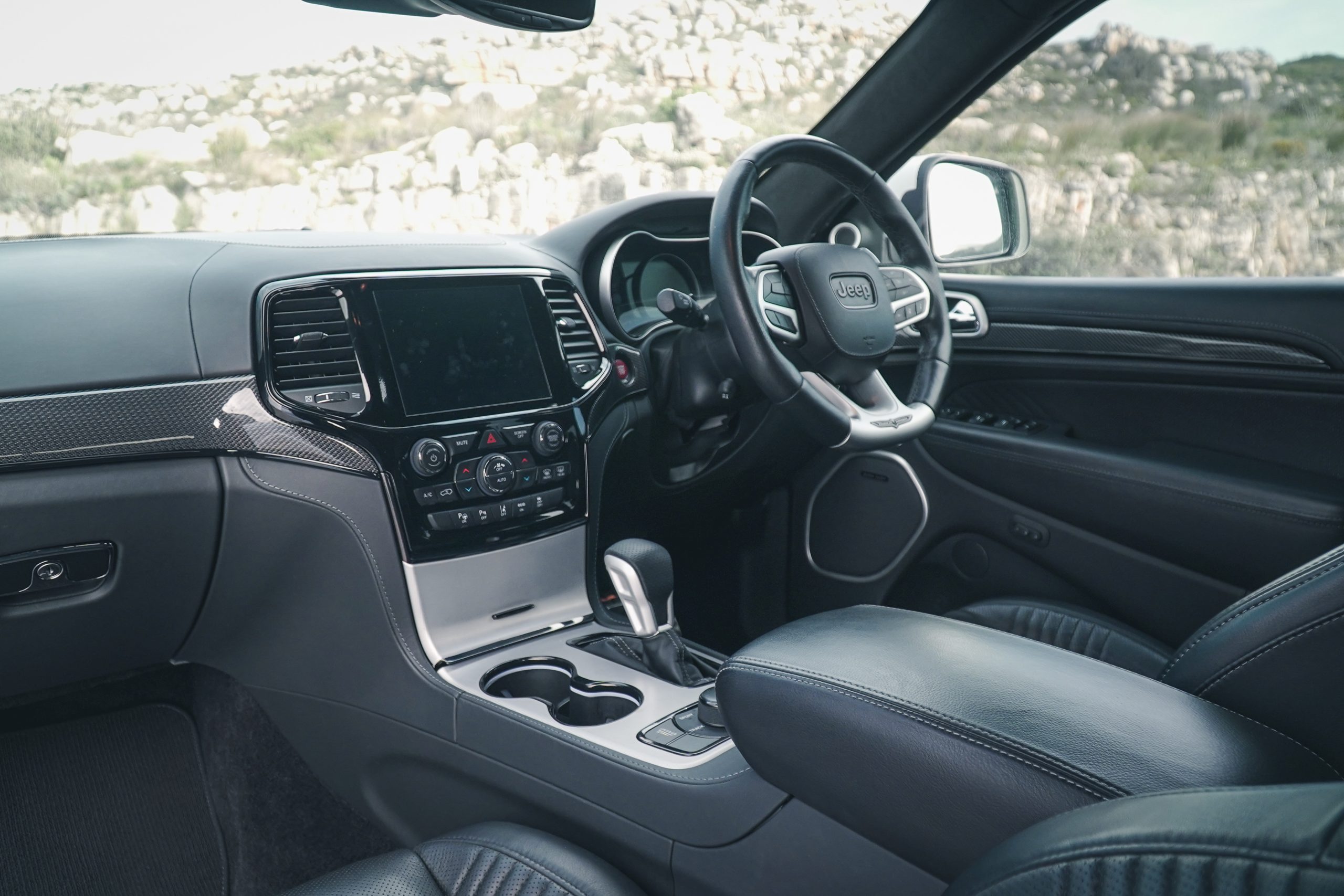 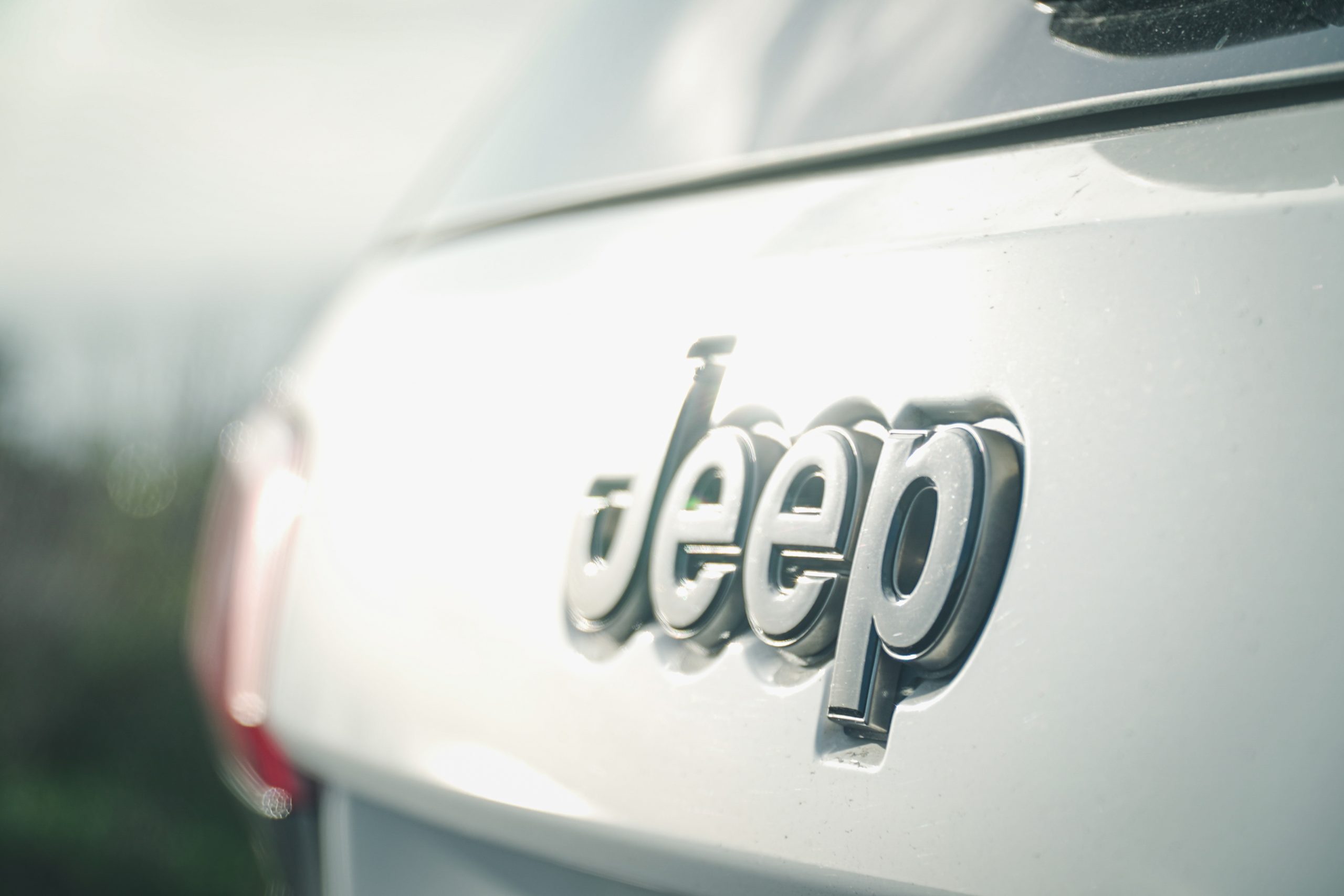 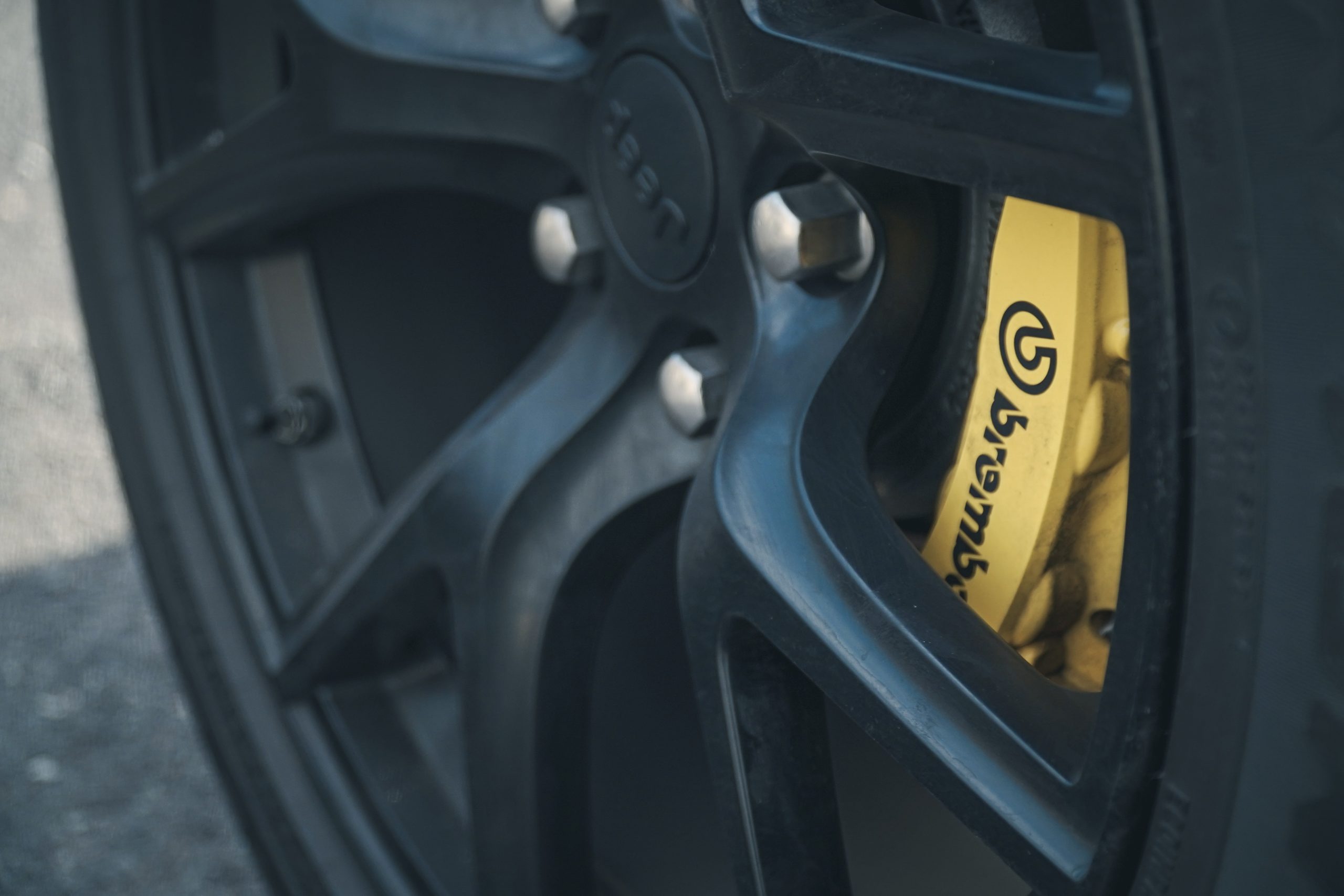 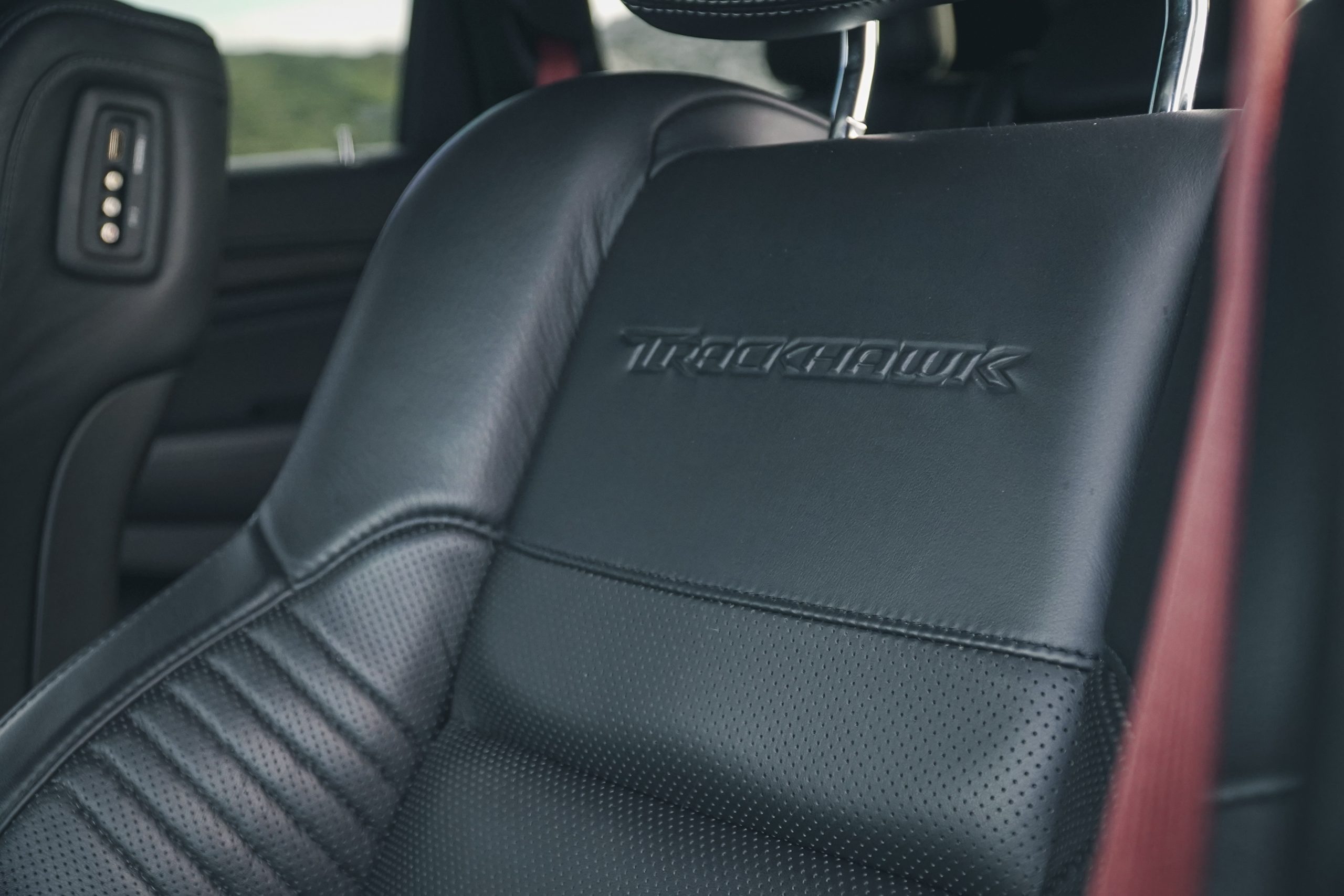