Hey, you know what South Africans love all as much as bakkies? Special Editions.

Meet the Ford Ranger FX4, powered by a locally-built 2.0-litre, single-turbocharged diesel engine that develops 132kW and 420Nm of torque. Like its biturbo sibling, the boisterous Thunder, it comes paired with a 10-speed automatic transmission. The result is a lifestyle truck that lands perfectly in the sweet spot thanks to a sticker price that’s cheaper than the Thunder and Wildtrak. How much cheaper? Well, the Thunder we recently had on test sells for R830k and this remarkably close in spec FX4 retails for R705k. 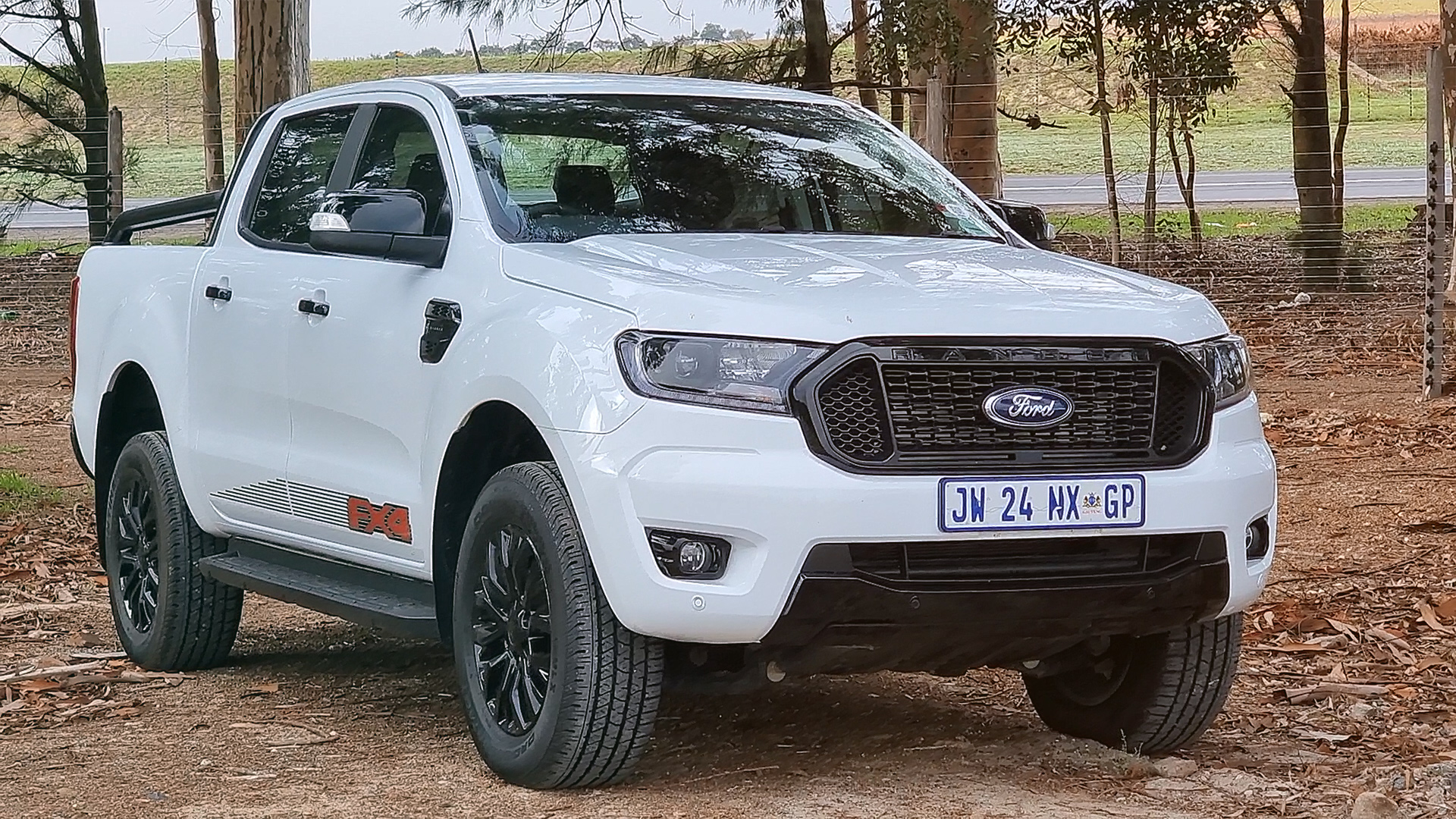 What is it?
The FX4 is based on the popular 2.0-litre Single Turbo XLT Double Cab so comes fully feature-laden. Performance is ample, if short on the biturbo’s 157kW and 500Nm. There are many reasons why the Ford Ranger continues to challenge the Toyota Hilux at the top of the pile for the honour of South Africa’s most popular lifestyle truck, and it’s all in the FX4. I’m going to emphasize the box ticked ‘kerb appeal’. Let me explain. 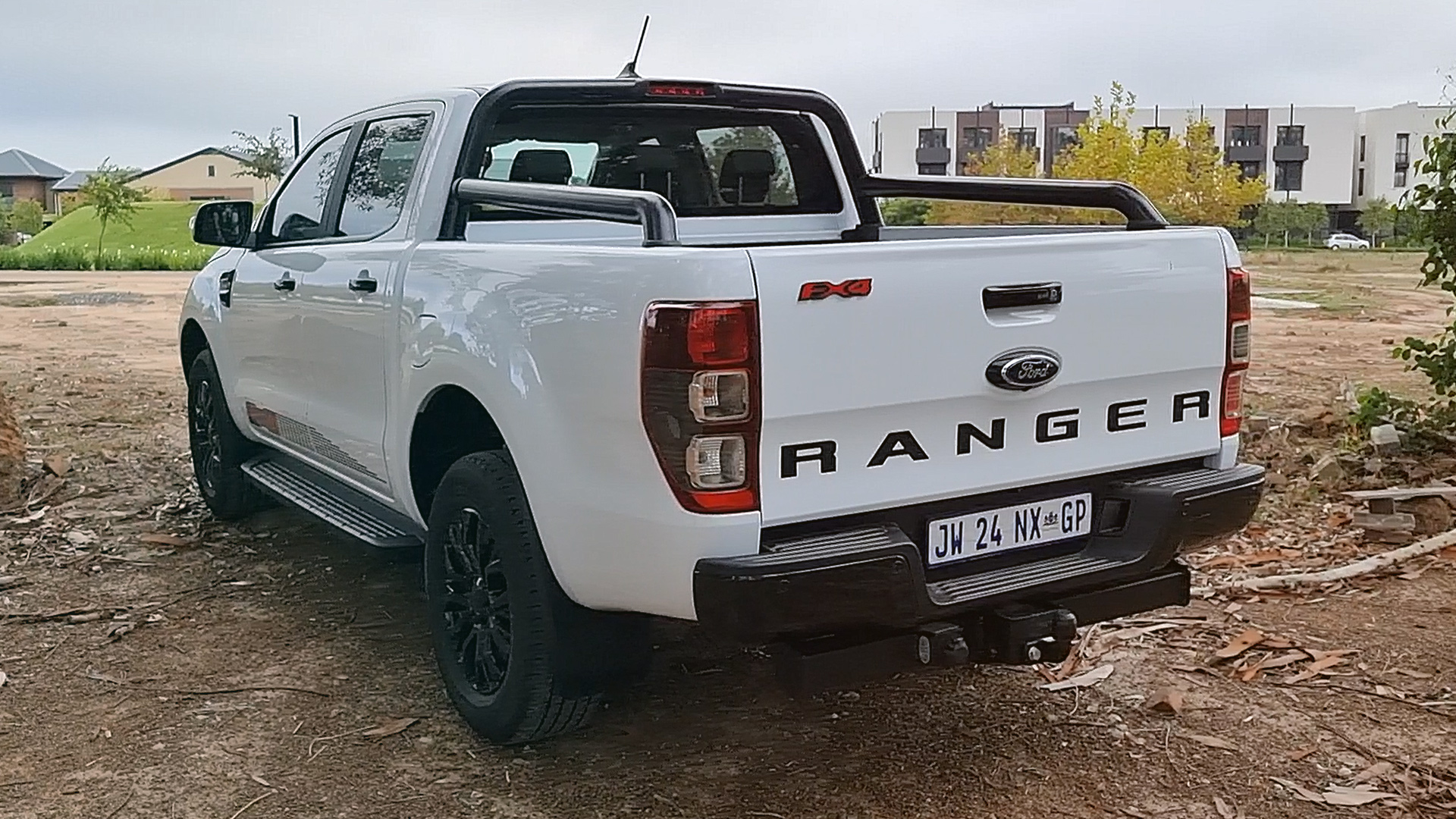 How does it look?
Rangers look dope. And the FX4 is no exception. It costs the same amount of money to build a good looking car as it does a crap one, yet there’s many examples of the latter on the road. Not in this segment, where appearances and presence are a large part of what draws a buyer in. And the Ranger, with styling that has largely evolved over the last decade, continues to smash it out the park. The FX4 gets the all-black everything treatment to its 18” inch wheels, grille, surrounds and accents as well as a sports bar that extends down the side of the loadbay. In contrast to the black, bold red ‘FX4’ decals live at the base of the front doors, along with a 3D ‘FX4’ badge on the tailgate.

How comfy is the belly of the beast?
Hop aboard and the darkness spreads cabin deep, albeit a well-appointed interior with reams of safety tech and infotainment features. Connectivity is large on the bill with the new FordPass Connected Vehicles App. Simply download it to your smartphones and you’ll have control over various vehicle functions remotely such as locking and unlocking the doors, starting the engine to activate the climate control system, finding the vehicle’s location with access to your fuel level. 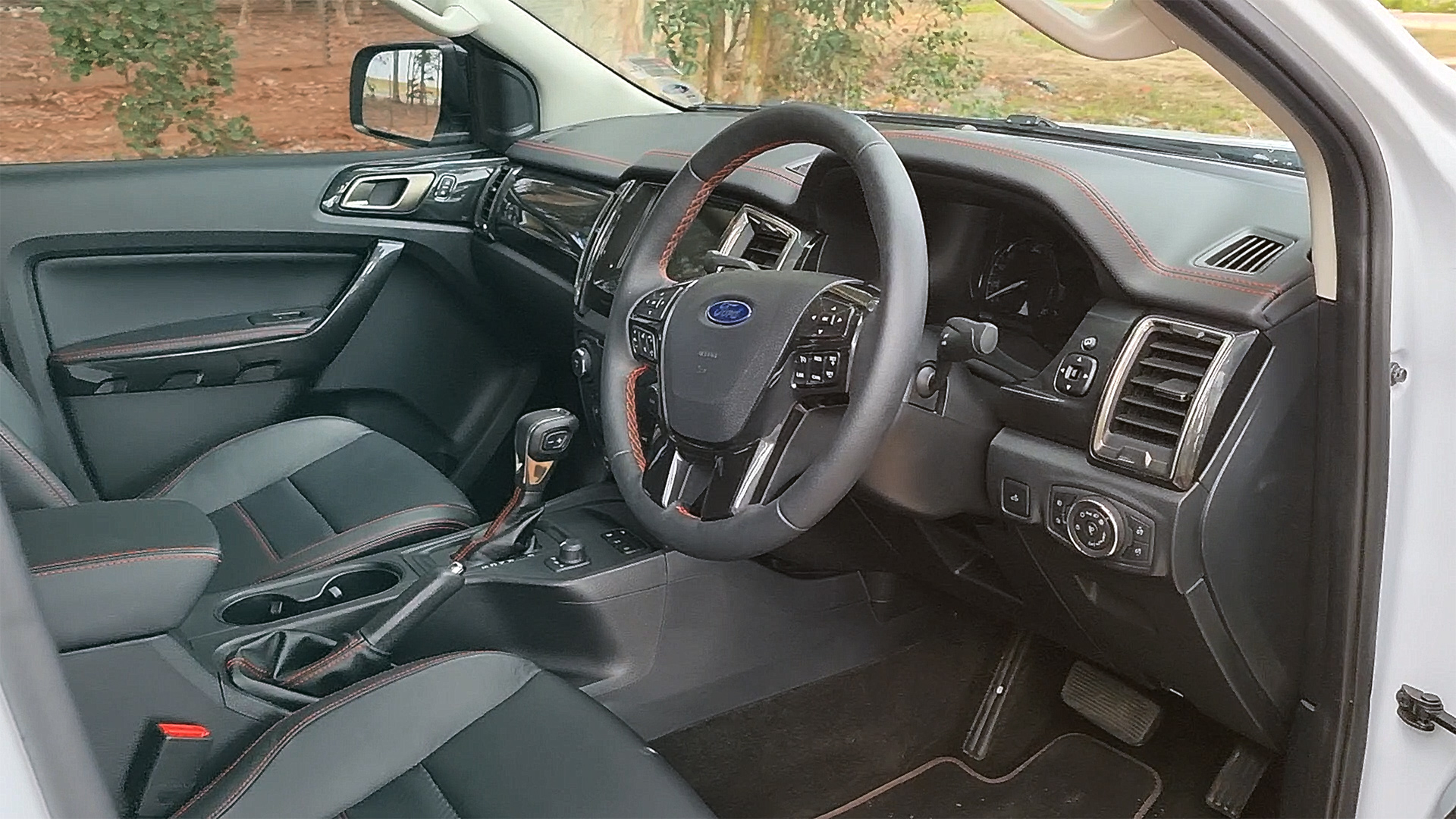 How does it go?
It goes precisely the way you’d expect a 2.0l turbodiesel with 132kW and 420Nm to go, quite well – with the ten-speed automatic lending it some much appreciated sophistication. It’s not quite the noisemaker the Thunder was, I much preferred the rumbling of that biturbo’d beasty (but not for a R130k premium necessarily). I used the word sweet spot at the very beginning and believe it applies perfectly to the performance. There’s a spate of bakkies with similar outputs, so the FX4 plays quite comfortably at this level. So, well. It goes well. On gravel and on tar. 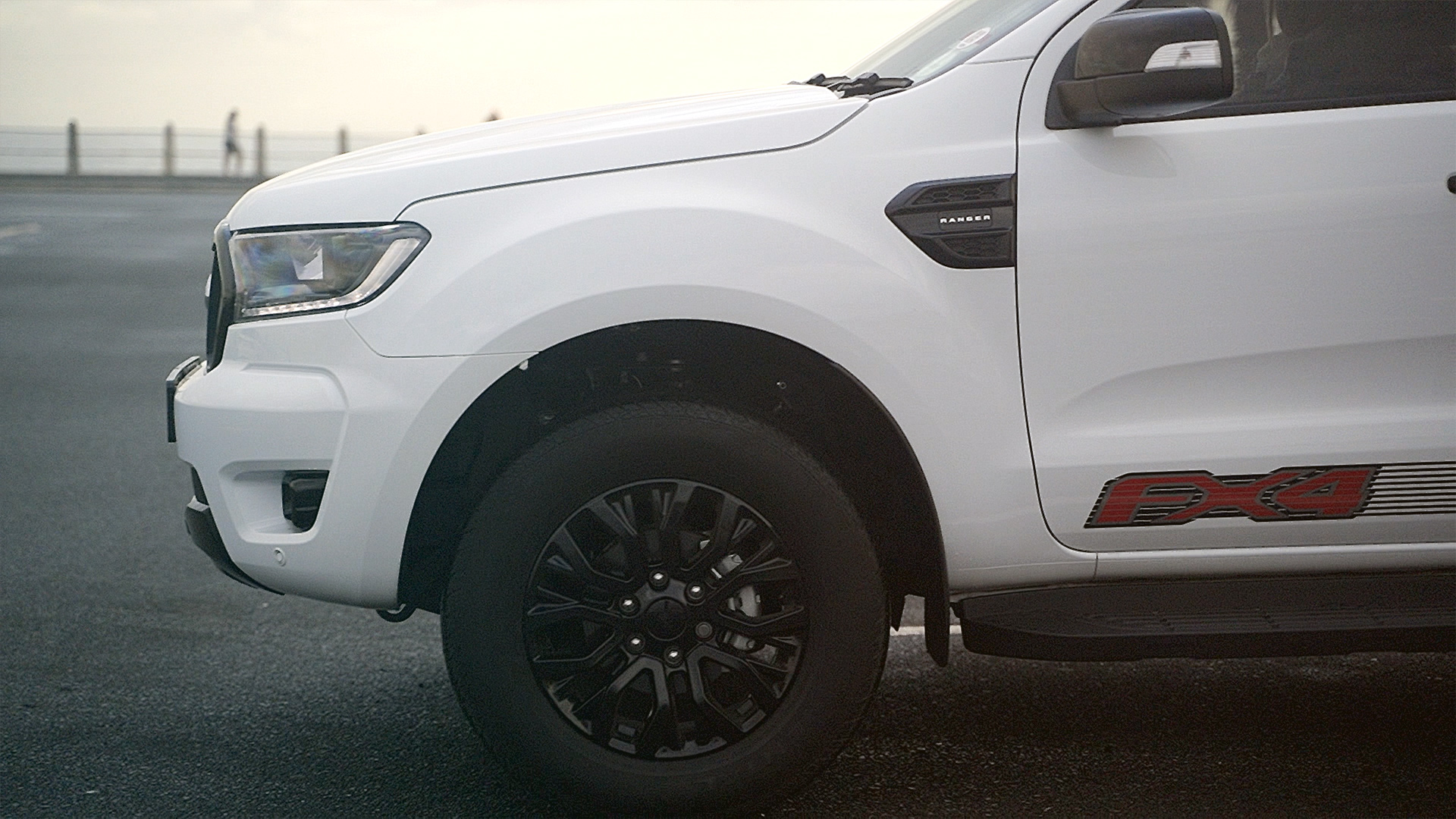 Should you buy one?
Absolutely, if you’re in the market for a stylish and capable double-cab. This one is loaded with toys, and what it loses in a second turbo, it more than makes up for with a reasonable price tag. I’m not saying its value for money, I’m saying if you’re a Ford guy with a love of lifestyle trucks, the FX4 is all the bakkie you need. And on a personal level, as a mountain biker, the Ranger FX4 represented all I want in a four-wheeled companion. 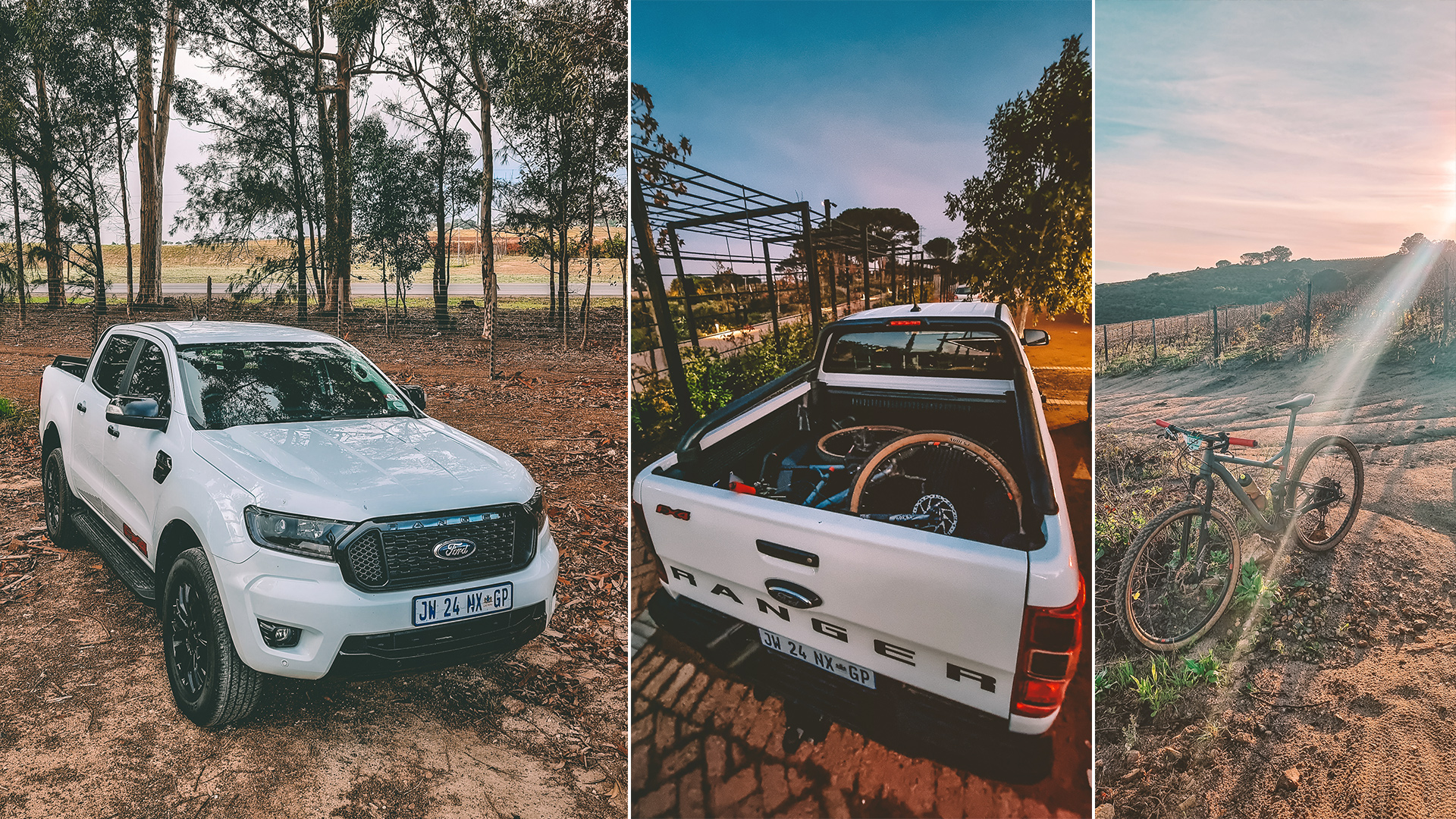