Meet the Renault Kiger, the third Indian-built product from the French marque.

It’s a compact SUV that appears robust and attractive, the two-factor requirements for survival on Mzansi roads. 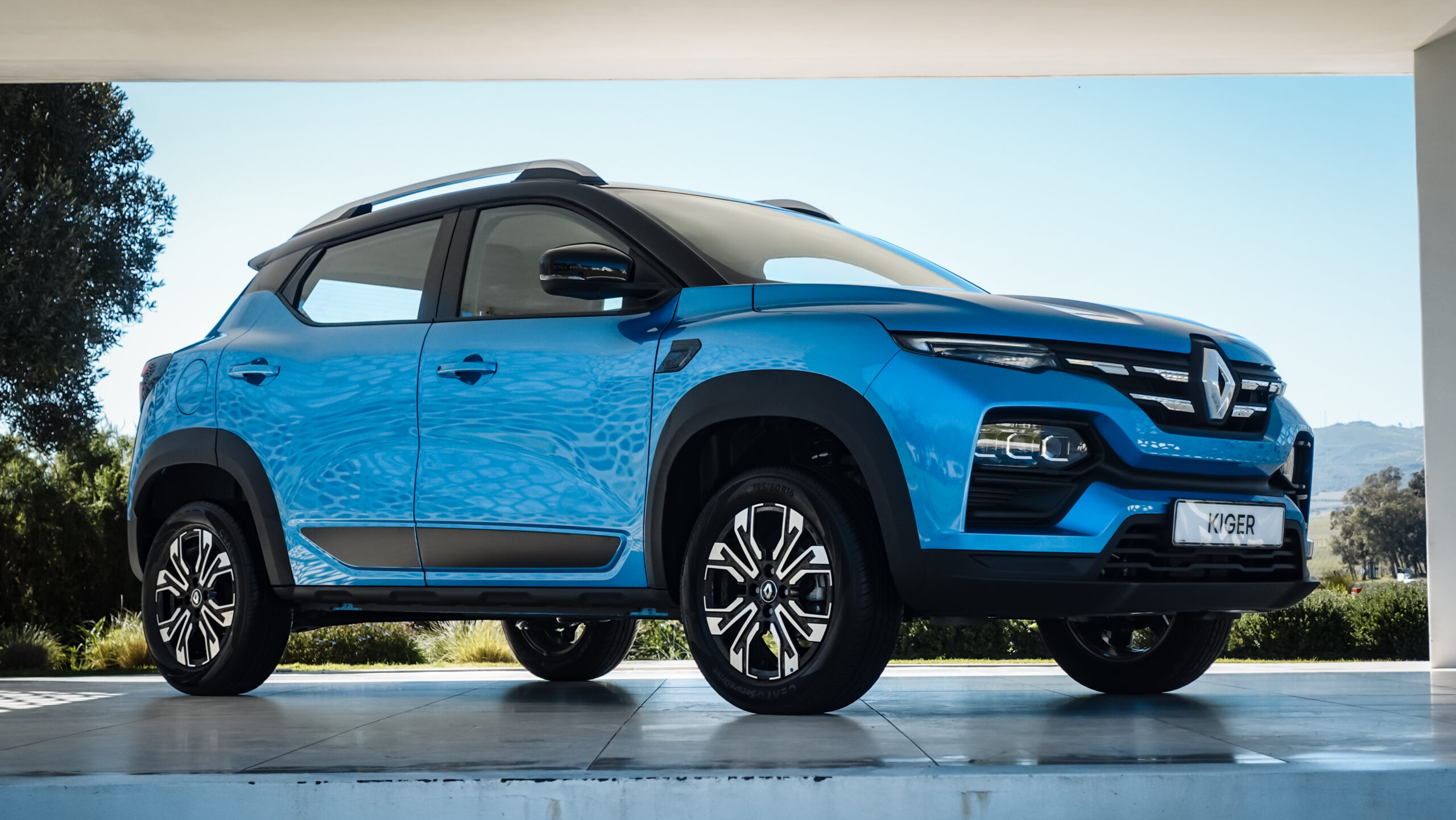 WHAT IS IT (REALLY?)
Now that we’ve established its urban and outdoor aspirations, let’s talk about what’s under the skin. Nissan bits and bobs, since this is a product of their longstanding alliance. See, the new Renault Kiger is built in the same factory as Nissan’s Magnite but they’re very much rivals here in Mzansi. That you can have the French BSUV for under R200k is quite significant. An advantage even.

Gone are the old spec grades ala Dynamique, Expression etc, and in its place you’ll encounter from the base up, the Life, Zen and Intens models with varying degrees of equipment. Depending on which iteration you choose, you’ll have the choice of two engines and three transmissions, plus plenty of active and passive safety tech including airbags, impact sensors and traction control. 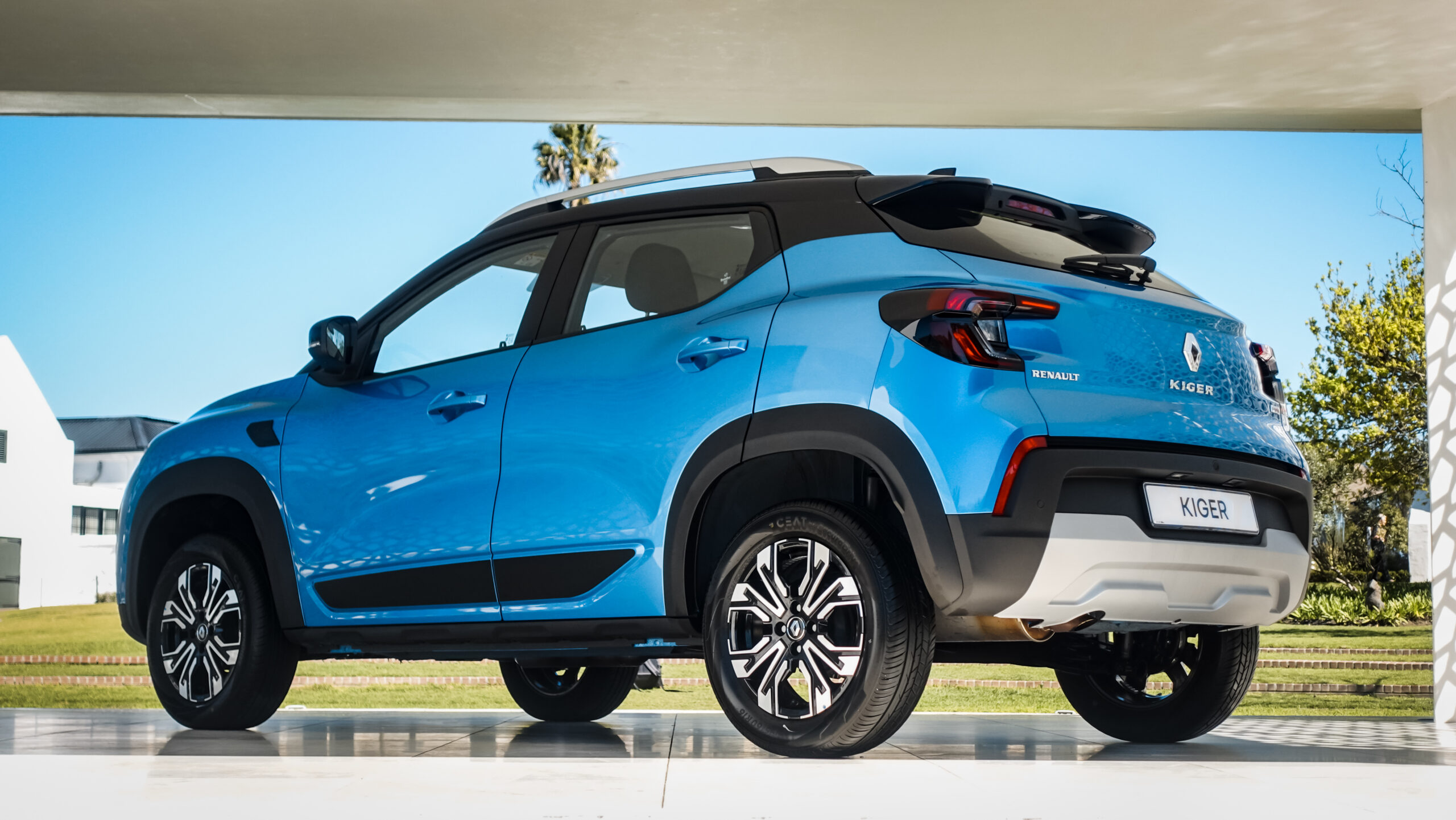 Dimensions are like so; it’s 1600mm tall, sub 4m long and its 205mm ground clearance is comparable to the Duster at 210mm. Visually, it is distinctly Renault with that familiar front-end treatment ala chrome grill and daytime LEDs. Along the top you’ll encounter functional roof rails, and those C-shaped tail lamp and a nifty rear spoiler complete the back. There’s 16 inch diamond cut wheels on my flagship manual test car, the 1.0l Intens Turbo (MT) R269,900 but a Xtronic CVT auto exists for R20k more. Also on my whip, the hands-free keycard-equipped smart cabin, 8″ inch touchscreen with display link resembling a smartphone, wireless sync, a rear view camera and the 7″ inch TFT screen in front of steering wheel with details aplenty. Mine also has the Arkamys 3D surround sound system, oh and there’s a 60/40 rear bench split which is quite nice. You know what else is nice though? Cupholders. So it’s a fat, silly omission to not have any in a car of any sort in the year 2021. Yet, here we are.

WHAT’S IT GO LIKE?
You’ll want to know about those drivetrains. You have a choice of two engines, a naturally-aspirated 1.0l with 52kW/96Nm at your disposal or the preferred 1.0l Turbo with 74kw/160Nm. Especially at the reef, you’re going to want that extra shunt that forced aspiration provides. Here be driving modes – Normal, Eco and Sport and they do a little to alter the mood of the Kiger but nothing to write home about. There’s only so much scope when you’re plugged into a five-speed manual, 998cc capacity drivetrain. 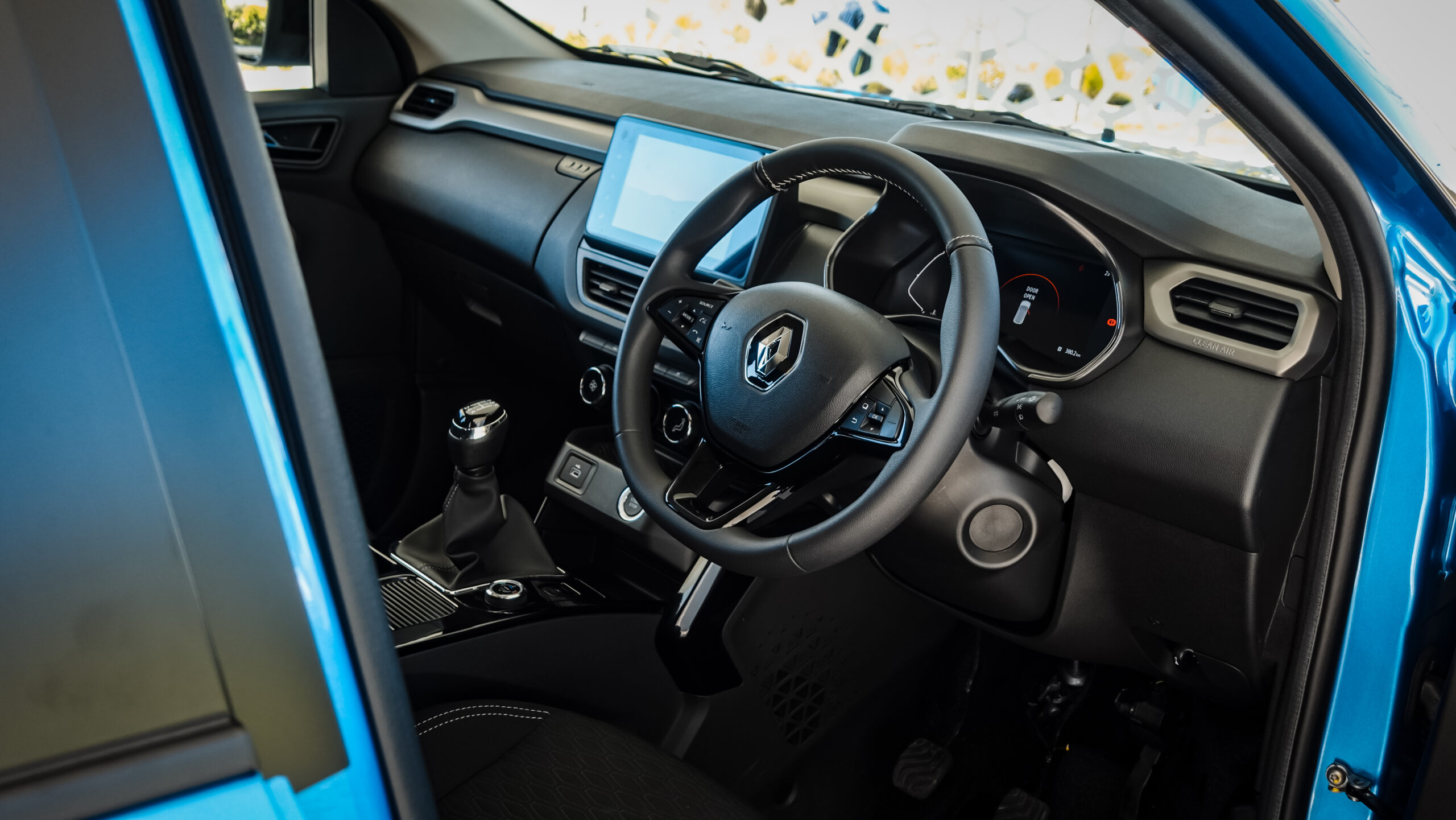 VERDICT
I was curious to see how Renault planned to do two things with the Kiger, first replace the outgoing Sandero and secondly, produce a rival to the likes of the Suzuki Vitara Brezza – a whole segment or two above it. And they have succeeded in both through sheer economics. The price ranges from R199,900 to R289,900 depending on your chosen drivetrain and trim level and that means it plays across multiple segments. And sure, the naturally aspirated entry level model is low on performance and toys, but it’s also safe and roomy and that’s a great thing. Shop higher up in the Kiger catalog and you’re endowed with a compact gravel traveler with all the modcons you desire. But then it needs those, since it has do battle in the most hotly contested segment of them all alongside the likes of the Toyota Urban Cruiser and Kia Sonet. An unenviable task indeed. 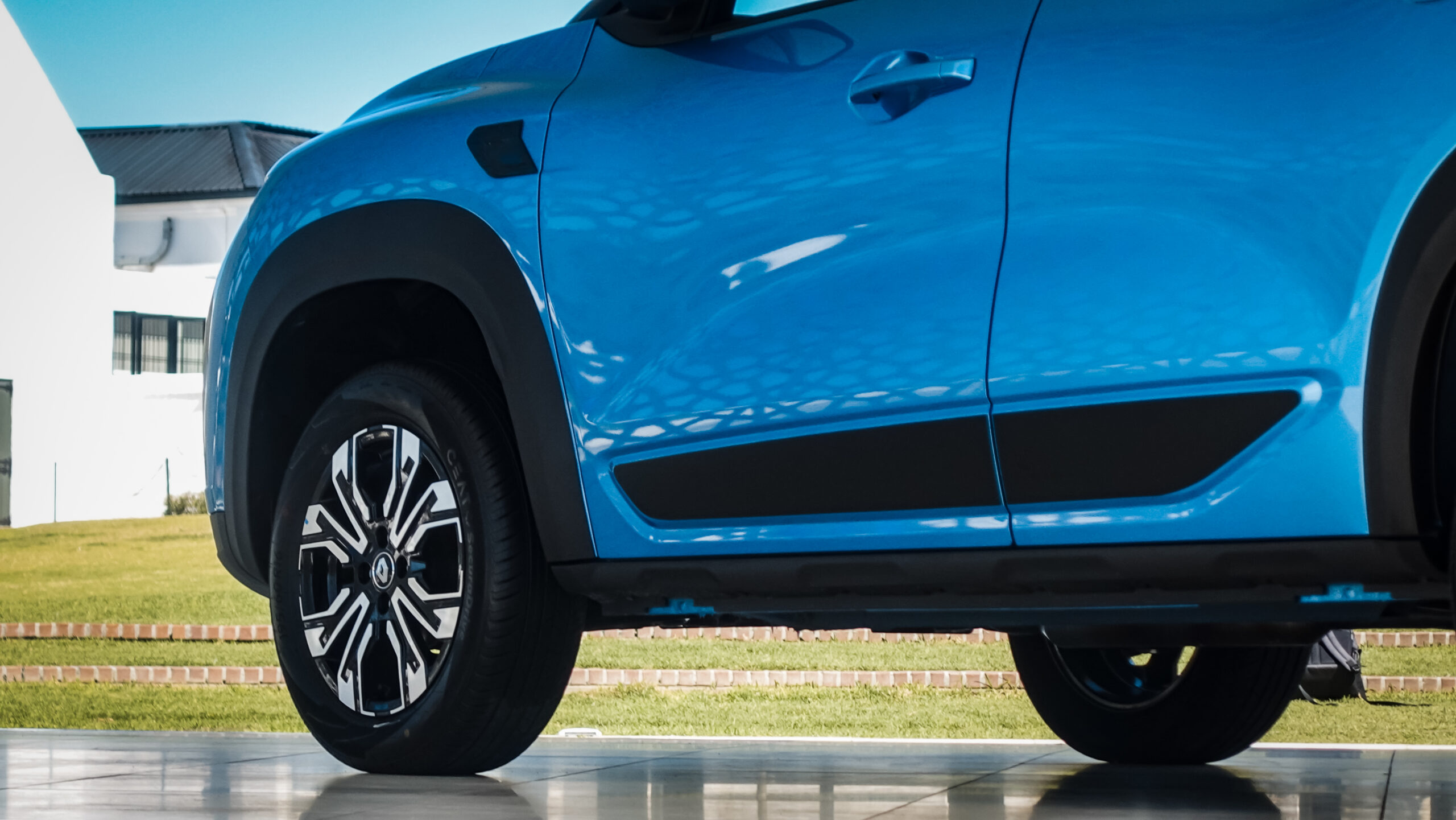 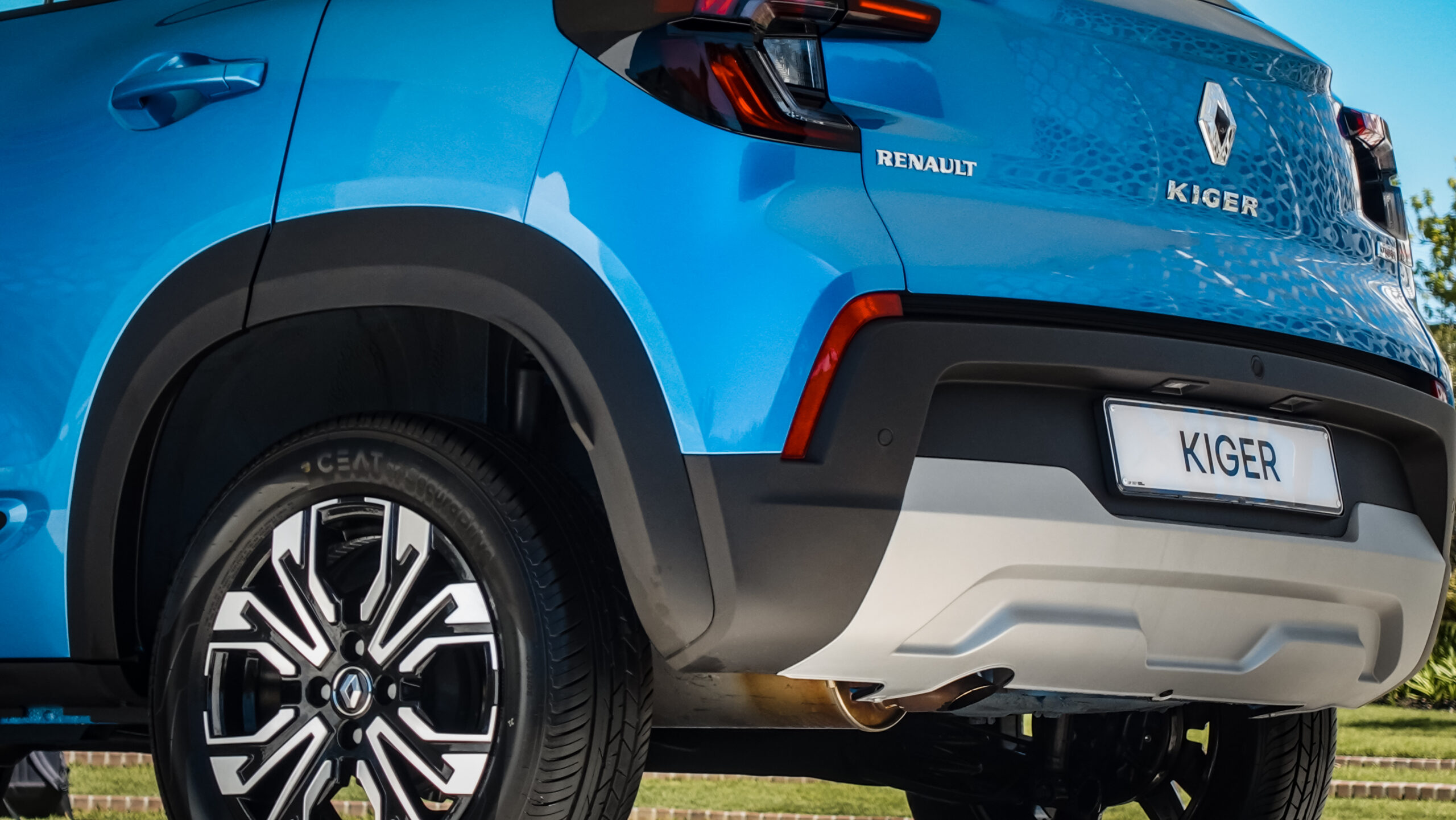