Honestly, is there a more contentious car segment right now than the crossover SUV? Big ones and little ones, practical and stylish. Here’s a car that clearly favours the latter.

Three years and a global pandemic later, we’re at the launch of yet another Hyundai Kona. Its predecessor sold 1700 units and I see them all over so I guess there’s a bunch of you out there that really like it. The new one is a bit longer, and if you nab the N-Line model like I just did, you get better ground clearance too. But for that distinction, you’re going to have to pay R579,000. That’s a lot of money so, yes it is a rival to the VW T-Roc, this price makes it a rival to posh SUVs like the Audi Q2 and Mini Countryman too. 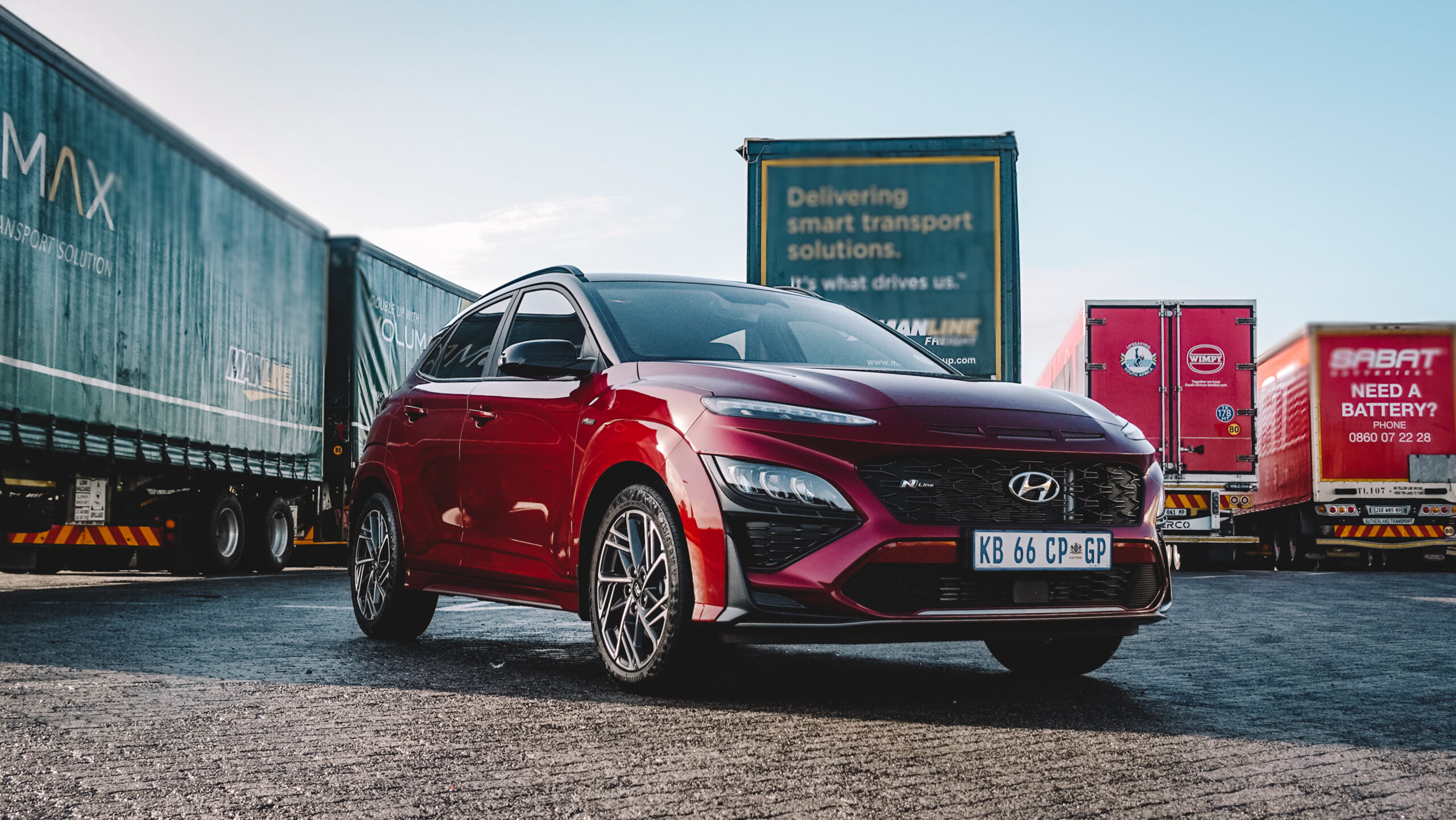 Powering it is Hyundai’s 1.6l turbo engine, good for 146kW and 265Nm. It’s served up via a dual-clutch DCT auto, and that’s plenty for running around town as well as charging up and down highways and winding B-roads too.

There’s plenty of upgrades in what is a mid-life upgrade, such as an automatic aircon system, a two-tone roof and full artificial leather (vinyl) upholstery. Plus the new iteration benefits from more wheel options than before, including new 18″ inch hoops. Speaking of visuals, this new car has a wider grille upfront, whilst the rear and sides remain mostly unchanged. Hop aboard and you’ll encounter plenty of toys including wireless Android Auto and Apple Carplay as well as wireless charging. Ahead of the helm, you’ll find Hyundai’s 10.25-inch Smart Vision instrument cluster and it’s all rather nice. Overall, the cabin of N-Line rendition of the Kona is a great place to enjoy the fair amount of performance under the red hood. It goes well, handles competently but if we’re being honest, lacks a bit of excitement, for now. 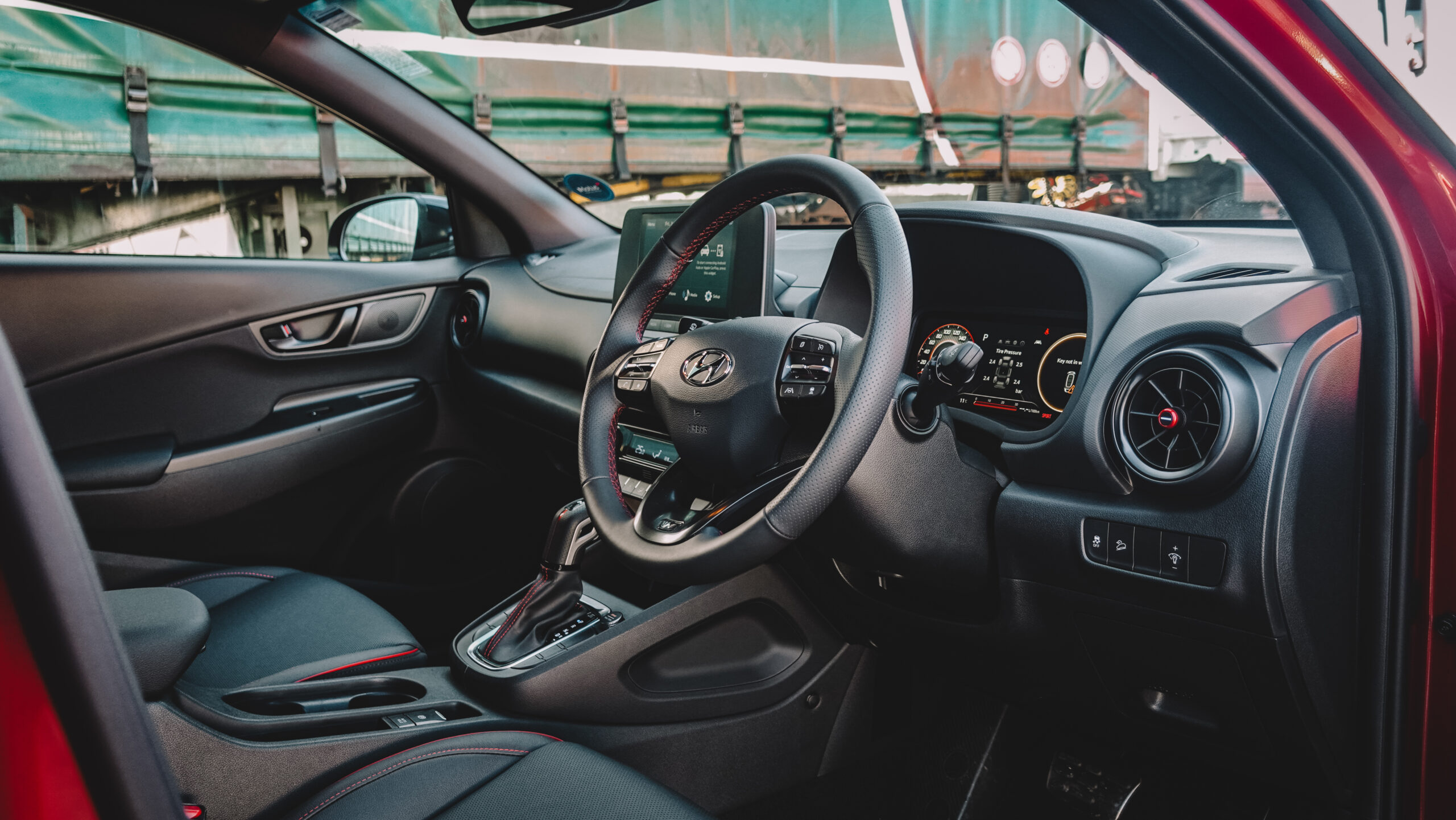 WHICH ONE SHOULD YOU BUY?
If the R579k sticker price puts you off, Hyundai will sell you a lesser version brandishing a naturally-aspirated 2.0-litre petrol engine with 110kW and 179Nm, paired with a 6-speed automatic transmission for R130k less at R449,900. Or you could wait for the Kona N. Yes, a proper N car, and did you know Hyundai South Africa don’t void warranties if you take your N car to a track day? Interesting hey? Not as interesting to me as the fact that there’s a performance car on the horizon called the KONA N. Sounds like a proper barbarian. 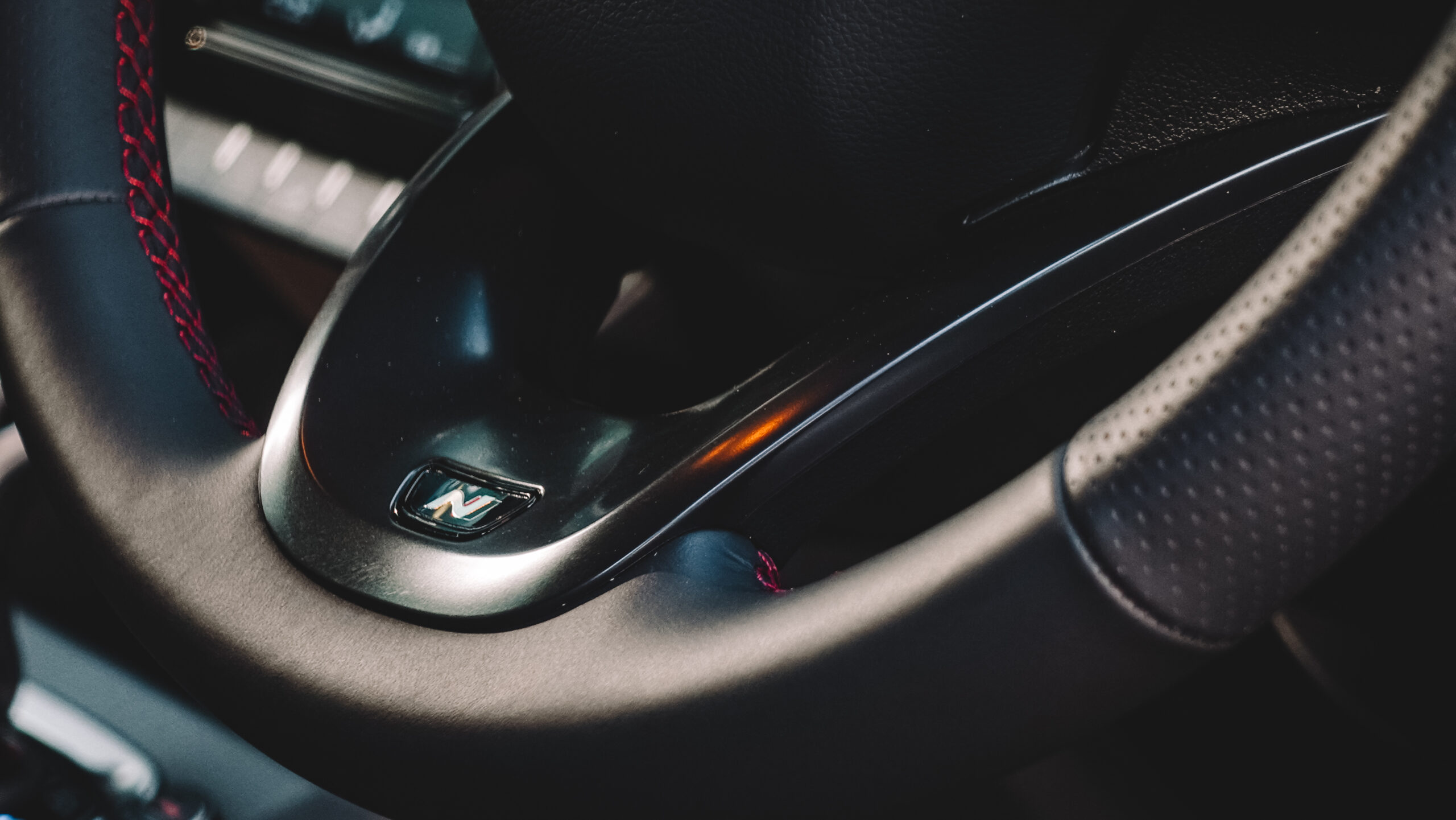